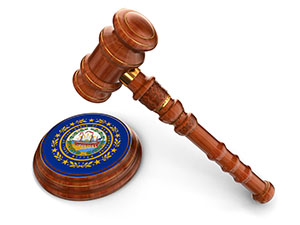 The Supreme Court of New Hampshire has decided to exclude an expert witness on lead paint, concluding that his research was not the product of “reliable principles and methods.”

The case is Osman v. Lin, a suit filed by 20 Somali Bantu refugees and Manchester apartment residents against their landlord. The lead plaintiffs are the parents of Arbay Osman, who was found to have dangerously high levels of lead in her blood. They filed this suit almost 10 years ago.

Initially, public health officials said they believed that the African children may have absorbed lead faster because of malnourishment from living in refugee camps.

To prove their case, the plaintiffs hired Dr. Peter Isquith as an expert witness. Dr. Peter Isquith is a licensed clinical neuropsychologist with a specialty in developmental neuropsychology. He is also an adjunct Assistant Professor in Psychiatry at Geisel School of Medicine at Dartmouth. Dr. Isquith received his doctorate and masters from State University of New York at Buffalo and his undergraduate degree from the University of Michigan.

Isquith evaluated the 20 plaintiffs, determined that 17 of them suffer from neurological deficits, and opined that lead exposure was, more likely than not, a substantial factor in causing those deficits. The superior court excluded Isquith’s testimony, determining that his testimony was not “the product of reliable principles and methods.” The plaintiffs challenged that ruling.

The Supreme Court noted that,

One of the challenges Isquith faced in using the RIAS and the NEPSY-II to evaluate the plaintiffs was the fact that most neuropsychological instruments, including the RIAS and NEPSY-II, were not developed and have not been validated for use with the plaintiff population. The normative sample for the RIAS did not include any recent immigrants to the United States from sub-Saharan Africa. The normative sample for the NEPSY-II expressly excluded children for whom English is a second language.

While Isquith explained that he had interpreted the plaintiffs’ test scores “cautiously,” the trial court still concluded that plaintiffs had failed to show that Isquith’s testimony was the product of reliable methodology and that the methodology had been applied reliable to the facts of the case.

Although there was evidence that the RIAS and NEPSY-II are generally used to determine whether school children are in need of educational services, the trial court could reasonably have found that they are not typically used for the specific purpose for which Isquith used them — to determine whether children who are either Somali Bantu refugees themselves or the children of such refugees have neurological deficits that are more likely than not caused by lead paint exposure.

The decision was unanimous.