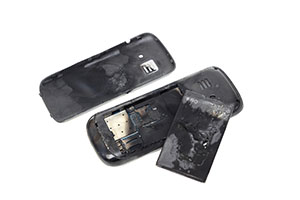 South Korea based tech giant Samsung is facing class action lawsuits in the United States over defects with the company’s Galaxy Note 7 smartphone. The lawsuits come on the heels of widespread recalls of the fire-prone product, and are likely only the first legal action that Samsung will face after millions of units were sold before the company took action to remedy the defect.

Over the past year, Samsung’s Galaxy Note series has carried the South Korean company to the top of the smartphone food chain, surpassing Apple iPhone sales and elevating the proliferation of smartphone technology to unprecedented levels. After the release of its Galaxy Note 7 — designed to compete directly with the Apple iPhone 7 — the tech giant resumed its ascension to the top of the smartphone pyramid with the most advanced phone on the market. The company’s success with the Note 7 came under fire shortly after its release, however, with emerging reports that the phone was prone to overheat and catch on fire.

In early September, Samsung received reports that there may be a problem with the Note 7 which could cause the phones to catch on fire. The company, believing the problem lay with the phone battery, acted quickly and recalled nearly 2.5 million phones which were replaced for consumers with batteries from a different supplier. Although the recall resulted in a nearly 90% exchange for consumers with Note 7’s, it did not correct the problems that people were experiencing with the phones catching on fire.

In late September and early October reports of Note 7’s catching on fire continued to mount, including some highly public incidents which were broadcasted on network TV such as the evacuation of a Southwest Airlines flight due to a smoking Note 7 phone. As it became clear that the company had misdiagnosed the problem with its Note 7, executives ordered a complete recall and canceled the line in early October — less than two months after its highly anticipated launch.

Samsung will face widespread image and reputation issues due to its handling of the Note 7 defect, and recently troubles have filtered into US courtrooms in the form of class action lawsuits against the company. The first such lawsuit has been filed in a Newark, NJ courtroom by three lead plaintiffs who argue that they and other consumers are owed economic damages by Samsung for the lengthy and expensive process they underwent during the period where the company first tried to exchange defective Note 7s before recalling the line altogether.

In the complaint, the plaintiffs allege that Samsung sold the plaintiffs phones which were “subject to a known and dangerous defect,” and as a result the plaintiffs suffered significant economic harm. Specifically, plaintiffs allege that in addition to the cost of the phone, they lost money on smartphone cellular service plans because they were charged during the time period between returning a recalled phone and receiving a replacement. According to the complaint, the consumers of Note 7s were “fraudulently induced to continue incurring and paying monthly charges and fees for their Note 7’s which they could neither use nor replace.”

The lawsuit claims that Samsung misstated the nature of the problem, and promised replacement phones which the company could not deliver, costing millions of consumers hundreds of dollars each. The complaint is the first filed in the US, but the company faces another potential legal issue from the federal government for its handling of the Note 7 recall.

The US Consumer Product Safety Commission, which is charged with overseeing recalls in Samsung’s market, has expressed concern with Samsung’s handling of its Note 7 recall because the company consistently acted before it fully investigated problems with the phone. Further, the recall, which was initially done without consulting the CPSC or following its formal process, prevented the agency from conducting its own investigation into the phone’s problems.

After criticism for its handling of the initial Note 7 recall, Samsung worked with the CPSC to not only issue the full product recall, but also to outline an inquiry into the lithium ion style battery the phone used. CPSC publicly expressed concern with continued use of lithium ion batteries, and Samsung’s hasty action on the Note 7 may have cost the agency the opportunity to understand a potentially serious defect with technology common to smartphones. Given the legal and political pressure on Samsung to work with the government after its Note 7 fiasco, the company will likely work more closely with the CPSC for a review of issues going forward.