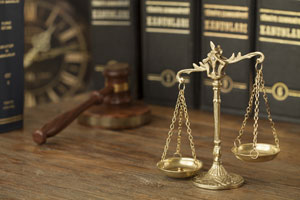 Chicago Heights has settled a wrongful conviction lawsuit filed by Rodell Sanders for $15 million. Sanders spent 20 years in prison after being wrongfully convicted of a 1993 murder.

In 1993, 19-year-old Stacy Armstrong and her friend, Phillip Atkins, were forced from their car at gunpoint, shot and left for dead. Armstrong survived and testified against Sanders.

Sanders was convicted for the murder of Phillip Atkins and sentenced to 80 years in prison. Before trial, prosecutors had offered Sanders a deal that would allow him to be sentenced to about 23 years in prison if he pleaded guilty. Sanders said that he never considered taking that deal. “I’m not going to plead guilty to a crime I did not commit… If they’d allow me to walk out the same day I signed the paper, I wouldn’t of did it.”

Sanders spent his years in prison fighting his conviction. He had his family raise money to buy him law books, sent out Freedom of Information requests, and reviewed the transcripts from his trial. Recalling the time in prison that he dedicated to his case, Sanders said, “I studied 10, 11 and 12 hours a day, 7 days a week… I wouldn’t go on the yard… I told my family stop coming down on visits so much, and I just committed myself to the law… I didn’t want to die in prison. I wanted to go back out there and make it to my children, make it to my family.” Sanders acted as his own attorney, filing a request for a new trial that was eventually granted by a state Appeals Court.

At his new trial, Sanders was represented by Russell Ainsworth and Steve Greenberg from the University of Chicago’s Exoneration Project.

Ainsworth alleged that two Chicago Heights detectives cropped a photo of Sanders to make him appear to look like the person that Armstrong described. Armstrong had described the lead attacker as “tall and thin,” and Sanders is 5-foot-8 and 200 pounds. Ainsworth also claimed that the police officers tried to use the murder charge to turn Sanders on other gang members. The police also cut a deal with the man that Sanders’ attorneys believe actually committed the murder, who pleaded guilty to armed robbery and served 5 years in prison in exchange for testimony against Sanders.

Sanders’ first retrial ended with a hung jury. He won the new trial and the retrial that occurred afterward. Following his acquittal, Sanders sued the city of Chicago Heights and Chicago Heights police officers Jeffry Bohlen and Robert Pinnow for malicious prosecution.

The city of Chicago Heights and Sanders agreed to settle the suit and Judge Amy St. Eve of the U.S. District Court approved the $15 million settlement.

Sanders stated, “I was saying from Day One that they framed me, and nobody would believe me, and now it’s finally come out. And today’s award of 15 million, they are clearly saying that they were wrong … with what they did to me, and I was right.”