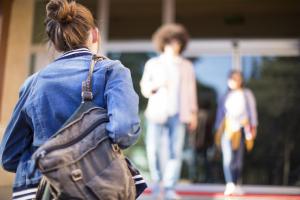 The US Education Department (DoE) has found that its proposed new rules for how educational institutions should handle claims of sexual misconduct will decrease the number of investigations and save colleges and other schools hundreds millions of dollars over the next ten years.

Sexual harassment of students is prohibited by Title IX of the Education Amendments of 1972.

Schools aren’t required to investigate every complaint, but a school’s Title IX coordinator is required to respond to reports of sexual and gender-based harassment and provide support to alleged victims.

The proposed DoE regulations, as the New York Times reports,

seek to bolster the rights of students accused of sexual harassment, reduce liability for institutions and require schools to provide more support to victims.

The DoE’s study estimated that colleges and universities now conduct an average of 1.18 sexual harassment investigations per year. Under the proposed new rules, this is predicted to fall to .72 investigations.

The regulations would apply to the 6,000 colleges and universities in the US as well as to elementary and secondary schools.

The country’s 17,000 elementary and secondary schools now deal with about 3.23 investigations of sexual harassment per year.

The new rules would require that schools only investigate formal complaints that are filed with a figure of authority — such as a principal or dean. Schools would not be required to investigate complaints about conduct that occurs off-campus or outside of school-sponsored programs.

Critics of the proposed rules say that the estimated “cost savings” ignore the impact on the victims.

It strikes me that one thing that’s not included in the cost is the one in five women dropping out of school because their school won’t investigate their complaints of sexual violence, and that is a cost that affects everybody.

Catherine E. Lhamon, head of the Education Department’s Office for Civil Rights during the Obama administration, was critical of the new administration for

Under the new rules, an educational institution would be liable for sex-based civil rights violations only if it was “deliberately indifferent” to harassment — i.e., “if its response to the sexual harassment is clearly unreasonable in light of known circumstances.”

Will Gig Economy Workers Get a Share of the Company?
Congress Considers Ordering VA to Study Marijuana for Veterans
Jail Phone Calls to Lawyers Can Be Used as Evidence
Male Activists Fight for Their Rights
Will Virtual Currencies Get a “Safe Harbor”?
Can You Go to Jail for a Bad Debt?
Question Mark Lets James Woods Beat Defamation Suit
Pay Less for Drugs by Asking One Simple Question
Investment Firm Accused of Being Hostile to Women
What Happens If You Break an NDA?