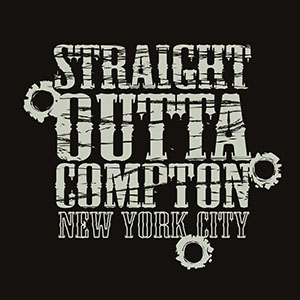 The film, which depicts the story of rap group N.W.A., earned $60.2 million on its opening weekend and went on to become the highest-grossing music biopic ever.

The movie has earned close to $200 million worldwide, as of this writing.

Heller’s complaint against NBCUniversal and others lists 12 alleged causes of action, including defamation, trade libel, misappropriation of likeness, breach of contract, and copyright infringement.

Heller states that he is a “highly successful and respected business professional in the music industry.” Starting in 1986-87, he represented the members of N.W.A. via a management contract.

He says that he entered into an oral contract with two of the defendants to write a screenplay about N.W.A. The two writers have a “story by” credit on the film.

Under this alleged agreement, the writers were to receive credit and share any compensation that Heller would receive as producer of the resulting film. He claims that they sold the screenplay “behind his back” to New Line, which then sold it to Universal.

In the film, the character of “Jerry Heller” is portrayed by actor Paul Giamatti. Heller claims that he never authorized the use of his name or consented to his portrayal in the movie.

According to the complaint, the film “is littered with false statements” that harm Heller’s reputation and portray him as the “bad guy” who is “solely responsible for the demise of N.W.A.”

Heller also claims that a significant amount of the movie’s content is lifted from his own book about N.W.A.’s Ruthless Records.

He’s seeking $35 million in monetary damages, $75 million in punitive damages, and “restitution of all gains, profits and advantages” made by any and all of the defendants.

Heller has alleged a lot of causes of action against a lot of people, but this blog will focus on the claim that’s getting the most media attention: for defamation.

The basic elements of a defamation claim are that it must be:

To be “false” a statement must be about a fact – not an opinion. Saying that a chef cooked a “terrible” meal is a matter of opinion; saying that the meal gave you food poisoning is a matter of fact.

For a statement to be injurious, it must actually harm someone’s reputation. Someone who already has a terrible reputation will have trouble either maintaining a defamation claim or recovering much in the way of damages.

“Privileges” apply to statements made in certain contexts – such as in court.

“Public” figures have a harder time proving defamation because they need to prove that the defamatory statements were made with “actual malice” – the person making the statement must have KNOWN it wasn’t true, or was reckless in saying it without finding out whether or not it was true.

Thus, if the Heller case goes to trial, some of the issues will be whether the acts attributed to Heller actually happened (since he claimed they didn’t), whether he was harmed by the depiction (or whether he already had a bad reputation, or perhaps whether people didn’t think the movie’s portrayal of him was realistic), and whether he’s a “public” figure, given that his name isn’t as widely known as that of those of the members of N.W.A., for example.