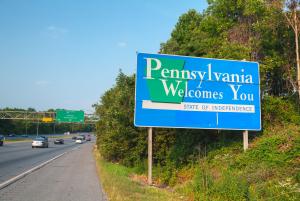 In February, the Pennsylvania Supreme Court mandated a new electoral map for the upcoming 2018 elections after finding the districts drawn by state GOP legislatures unlawful due to partisan gerrymandering.  Although the impact of the case is limited to Pennsylvania, the decision could be the first of a broader legal movement to restrict or eliminate political gerrymandering.

The case came to the Pennsylvania Supreme Court after a number of voters in the state filed a lawsuit against the GOP alleging the legislators engaged in partisan gerrymandering designed to ensure Republicans retained  controlling power in an increasingly Democratic state.  In a potentially landmark decision, Justice Debra McCloskey Todd wrote for the rest of the Court in denouncing the GOP’s map by saying, “An election corrupted by extensive, sophisticated gerrymandering and partisan dilution of votes is not ‘free and equal’ … In such circumstances, a ‘power, civil or military,’ to wit, the General Assembly, has in fact ‘interfere[d] to prevent the free exercise of the right of suffrage.’ ”

Prior to the ruling, Pennsylvania’s congressional map was rated as one of the most politically gerrymandered district maps in the country, and the mandatory redistricting could signal a change in the American political landscape.

Ruling a Blow to Political Gerrymandering

Gerrymandering occurs when a voting district map is manipulated to ensure that one party or group is favored during an election cycle. Maps which are heavily gerrymandered draw district lines to ensure that the population is divided such that one group will win a majority of districts, even if that group does not control the majority of the population.  Gerrymandered maps will occasionally draw geographically nonsensical boundaries to cluster large populations of a disfavored group into one district to prevent them from distributing their political power to multiple voting districts.  The effect of dividing the population in this manner is to give voters of one group more political power than the same number of, or occasionally more, voters of an opposing group.

While gerrymandering practices based on racial or ethnic grounds has repeatedly been found unconstitutional, no state or federal court has ruled against partisan gerrymandering, which means that legislators can cluster large populations of one party together into one district while splitting up smaller populations of another party into multiple districts.  Pennsylvania’s Supreme Court crossed the threshold in this case, in large part to the questionably drawn Seventh District outside of Philadelphia which has been controlled by the GOP. The 7th District connects two small pockets of traditionally Republican communities which appear to be divided and surrounded by large communities of Democrat voters with a thin portion of land, thus ensuring that the two GOP pockets remain one as opposed to each being absorbed by the surrounding Democrat areas.

After several alternate proposals were considered, the Pennsylvania Court finalized a new congressional map which draws districts along geographic and county lines rather than partisan ones.  The map was drawn by Nathaniel Persily, a Stanford University professor of law who is considered an expert in politically fair redistricting.  Experts predict the new map would swing the balance of power in Philadelphia to heavily favor Democrats, who currently hold the support of the majority of the citizens.  In addition to the political implications within the state of Pennsylvania, the successful legal challenge could be a sign of things to come across the country.

At two different points during the redistricting process, Pennsylvania GOP legislatures have filed requests with the US Supreme Court to intervene and prevent the use of the new map.  Pennsylvania Republicans have argued that the process violates the US Constitution’s Elections Clause, which allows state legislatures to run elections.  SCOTUS has already rejected one of the motions without comment — the other is pending — and the Court’s refusal to intervene could predict how it handles an upcoming challenge to partisan gerrymandering filed against GOP districts in Wisconsin and Maryland.

SCOTUS has repeatedly refused to even hear partisan gerrymandering cases citing state’s rights to govern elections, and the Court’s entrance into the issue represents a significant change in behavior.  Whether or not the Pennsylvania case is predictive of how other states and the Supreme Court react remains to be seen, but the increasing public and judicial pressure against partisan gerrymandering suggests the age old practice could be facing an abrupt and contentious conclusion in the near future.