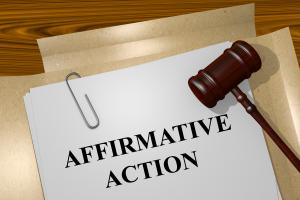 A report by the New York Times recently speculated that the Department of Justice intends to investigate affirmative action policies used by universities for possible discrimination against majority applicants.

The report, which received confirmation from other news sources, pointed to sources within the government and recent hiring posts as evidence that the DOJ is planning on turning a critical eye to affirmative action admission practices in universities across the country.  The Supreme Court has routinely upheld the constitutionality of affirmative action, however, the DOJ’s new project combined with the possibility of a second Justice appointed by President Trump could alter the legal landscape on admissions policies designed to counter racial disparity in public education.

Reporting from major news outlets suggests that the Department of Justices is preparing a wide scale investigation into the creation and administration of affirmative action admissions policies at universities across the country.  The New York Times first broke the story by citing a job posting for the DOJ’s civil rights division is looking for attorneys who want to work on “investigations and possible litigation related to intentional race-based discrimination in college and university admissions.”  According to the Times report, the hiring announcement suggests the new project will be run by the DOJ’s civil rights front office, which is run by Trump appointees, and is consistent with the conservative approach to civil rights law which has guided the Sessions-led DOJ over the past year.

Although the DOJ has denied the posting suggests a policy directive, critics of the department’s interest in affirmative action expressed concern that the administration is actually aiming to ban practices which are designed to encourage college admissions for disadvantaged minority applicants.  The Times story talked to Vanita Gupta, the director of the DOJ’s civil rights division under Obama, to comment on the job posting.  Gupta, who is not currently working with the DOJ, theorized

The fact that the position is in the political front office, and not in the career section that enforces antidiscrimination laws for education, suggests that this person will be carrying out an agenda aimed at undermining diversity in higher education without needing to say it.

The Washington Post contributed to the news cycle by pointing to two government sources who confirmed the DOJ’s plans to eventually announce an investigation into affirmative action beyond lawsuits which are currently pending.  Despite these news reports, the White House reacted quickly to deny a new policy regarding affirmative action is in the works.

Within days of the Times story, the White House issued a statement that the report did not accurately reflect what the DOJ planned in regards to affirmative action.  The DOJ explained that the job posting was directly related to the Harvard and North Carolina affirmative action lawsuits brought by Asian Americans students, and declined to comment on suspicion that the department had a broader plan in mind.

According to a statement by DOJ spokeswoman Sarah Isgur Flores:

Although the DOJ did not deny the existence of the job posting, officials representing the agency emphasized that the hiring announcement is not a policy directive.  The Department accused the news reports of assuming the DOJ’s investigation would be for the benefit of white students without any supporting evidence.  Whether or not the reports from the Times and Washington Post are accurate or overblown is unclear at this time, but it does appear that the DOJ is at the very least taking an interest in potential discrimination caused by affirmative action and other race-based admission policies.

Conservative legal scholars and attorneys have long been critical of affirmative action, so it is not unsurprising that Jeff Sessions and the Trump administration would initiate some level of policy review, particularly in light of a handful of legal cases directly challenging race-based admissions in federal court.

Asian American students applying to both Harvard and the University of North Carolina have challenged affirmative action, alleging that the admissions policies are disadvantageous due to race-based discrimination.  According to the complaints, affirmative action admissions policies are used to establish race-quotas and racial balancing which limit the available open spots, hold Asian Americans to a higher standard than other races, and force them to compete amongst themselves for admissions.  The lawsuits challenge both the specific policies at schools like Harvard and UNC, and the concept of affirmative action as a whole.

The pending litigation comes on the heels of 2016’s Fisher vs University of Texas in which a divided Supreme Court found support for race-conscious admissions policies, providing that the race was one component of a “holistic” applicant review process.  Critics of this ruling, and current affirmative action policies, allege that calling an admissions plan “holistic” often means that certain races are held to higher standards, but proponents of race-conscious admissions argue that economically and socially disadvantaged minorities rely on affirmative action to make any headway into higher education.