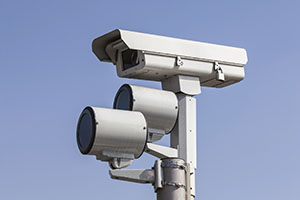 Drivers in St. Louis, Kansas City, and St. Peters, Missouri filed challenges to each city’s red light camera law arguing that certain aspects of the legislation violated rights contained within the state’s constitution.  Central to the challenge was the way that the cities treated red light camera violations, and the burden of proof required to issue penalties against offending motorists.  Historically, red light camera violations had been treated like parking tickets in that no points were added to the driver’s license and the city government would issue a fine to the registered owner of the vehicle based purely on photo evidence of the car’s license plate.

Challengers to the camera laws argued, however, that the practice of treating moving violations captured on cameras in the same that the cities treat parking tickets conflicts with the state’s constitution.  Since 2009 red light cameras have been in use in major Missouri cities such as Kansas City, but a series of conflicting state court rulings on the proper and legal way to employ the traffic safety devices has resulted in a temporary shutdown of the red light photography since 2013.  Last week’s ruling on the appropriate use of the cameras from the Missouri Supreme Court has clarified procedure and will result in many cities resuming their use.

After reviewing red light camera procedures in light of Missouri law, the state supreme court determined that cities could not treat the violations captured the same way that they treated parking tickets.  According to the Court, red light cameras captured moving violations and as such cities needed to treat them as such by issuing appropriate fines and deducting points from the driver’s license.  While the Missouri Supreme Court accepted the use of red light cameras, its guidelines for the ongoing management of the program increase the burden of proof that cities will need to satisfy in order to issue tickets for offenses captured on camera.

According to the Missouri Supreme Court, red light cameras must be positioned to capture the identity of the driver by taking a picture of his or her face while they are committing the moving violation.  Cities using the red light camera program are required to positively identify the driver of the vehicle and assess them with a moving violation that punishes them with points on the driver’s license.  Further, cities cannot shift the burden of proof to the defendant by forcing vehicle owners to prove they were not the one driving the car at the time.  Red light camera tickets in Missouri are only valid if the city is able to positively identify the driver who committed the offense.

Technology to accomplish the Missouri Supreme Court’s red light camera guidelines exists, and officials in Kansas City have already suggested that they will comply with the court’s order and use cameras that capture identities of drivers.  With red light cameras providing significant revenue and arguably increasing traffic safety, cities seem willing to comply with the more strict requirements of their usage.

Missouri is not the only state to wrangle with the legalities of red light traffic cameras.  The programs have created controversy for the practice of fining drivers without a human witness to the traffic violation, leading to legal challenges across the country.  States like Illinois and California have recently upheld the legality of red light camera photos as evidence of moving violations, while Florida has rejected aggressive traffic camera programs.  In Ohio, there is a brewing legal battle between the city of Dayton and the state over a recent law from Gov. John Kasich that forbids cities from issuing tickets for running a red light unless the violation was witnessed by a police officer.