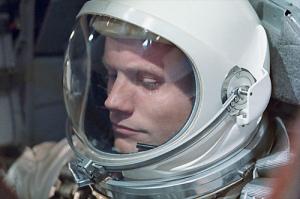 Neil Armstrong made history as the first person to walk on the moon. Evidence that he died because of medical malpractice should be a wake-up call that no family is insulated from the reality that medical mistakes claim lives.

Armstrong’s family brought a wrongful death lawsuit against Mercy Health — Fairfield Hospital in Cincinnati. The hospital settled the claim for $6 million. While settlements are not an admission of liability, a settlement of that size likely reflects the recognition that the evidence of malpractice was strong.

The settlement was confidential, presumably because the hospital feared that adverse publicity would harm its reputation and thus its profitability. The settlement is unusually large, given that Armstrong had reached the age of 84 and was near the end of his natural life expectancy. At least a portion of the payment must have been intended to induce the agreement to keep it a secret.

The New York Times obtained some of the confidential documents from a source who apparently wanted to expose the hospital’s negligence. The Times confirmed the authenticity of the records.

As the lawyer for the Armstrong family noted, no healthcare provider would want to be associated with the death of a national icon. Armstrong’s lawyer had a duty to act in her client’s best interests, even if a confidential settlement was not in the public interest. A core harm of secret settlements is that consumers never learn the facts they need to make informed decisions when they purchase health care or other services and products.

Armstrong had heart bypass surgery in August 2012. It appeared that he was recovering quickly from the procedure. When a nurse removed the wires from his temporary pacemaker, however, he suffered from internal bleeding.

As Armstrong’s blood pressure dropped, hospital personnel initiated a series of procedures to correct the problems. They began by taking him to a catheterization lab. Armstrong died from complications later that month.

Joseph Bavaria, a vice-chair of cardiothoracic surgery at University of Pennsylvania, opined that the hospital erred by taking Armstrong to a catheterization lab instead of an operating room. The hospital retained Dr. Richard Salzano, a cardiothoracic surgeon at Yale Medical Center, who agreed that taking Armstrong to the cath lab was riskier than taking him to an operating room. The hospital then retained a surgeon in Indiana who found no fault in the hospital’s actions.

Dr. Ashish Jha, a professor of medicine at Harvard University who reviewed the records at the request of the New York Times, largely agreed with Dr. Bavaria. He told the Times that he did not understand why a patient with life-threatening bleeding would not be taken immediately to an operating room. Dr. Jha characterized Armstrong’s death as preventable.

Hospital Malpractice Is a Leading Cause of Death

A 2016 study by Johns Hopkins concluded that medical errors are the third leading cause of death in the United States, after heart disease and cancer. While some critics have questioned that conclusion, other studies suggest that the number of deaths caused by medical malpractice is much higher.

While the truth is difficult to uncover, it seems clear that studies and statistics fail to capture the full extent of the problem. Doctors and hospitals do not always acknowledge their mistakes. Most medical errors are never documented in medical records. Some doctors and hospitals alter records or take other steps to hide evidence of their negligence. Families may never discover that a loved one’s death was caused by a medical error.

Only 3% of medical malpractice victims sue hospitals and doctors for the consequences of their malpractice. Lobbyists for insurance companies and the medical industry have persuaded many state legislatures to enact roadblocks to successful lawsuits against negligent doctors and hospitals. As a result, few victims of medical malpractice receive compensation.

Legislation that protects negligent hospitals and their insurance companies includes caps on damages that a court can award for medical malpractice. Most states have enacted limits on the damages a jury can award to malpractice victims.

Car accident victims are much more likely to recover full compensation for their injuries than malpractice victims. In some states, damages caps have made it very difficult to find a lawyer who is willing to take on a medical malpractice case.

Laws that restrict the qualifications of expert witnesses are also designed to protect insurance companies. Many of those laws require a victim to find an expert who is actively practicing medicine in the exact specialty and in the same state as the negligent doctor. Courts may deem an expert witness to be unqualified if the doctor is retired or practices in a related field, regardless of the doctor’s knowledge and experience.

For example, a cardiologist is typically well qualified to testify about an internist’s negligent failure to diagnose a heart condition, but only another internist is allowed to give that testimony. Lobbyists champion those laws because they know that doctors are generally unwilling to testify against their colleagues. Limiting the range of available expert witnesses often makes it impossible to find an expert, regardless of the merits of the case.

Most states restrict the universe of relatives who can sue for wrongful death, but Wisconsin allows only spouses, minor children, and parents of minor children to sue. Parents who lose an 18-year-old child because of a doctor’s carelessness have no recourse under state law. Nor can adult children sue for the death of a parent. The law is a gift for insurance companies, but it does nothing to hold doctors accountable for their mistakes.