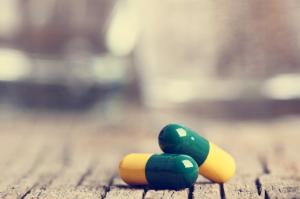 The Federal Trade Commission (FTC) and New York’s Attorney General sued the manufacturer of Prevagen, a dietary supplement that is marketed to seniors as a “memory loss pill.” According to the lawsuit, Quincy Bioscience engaged in false or misleading advertising by claiming the drug has been “clinically shown” to improve memory when no scientific studies support that claim.

Prevagen is marketed as a food supplement, not a drug. The Food and Drug Administration (FDA) has no authority to require the manufacturers of supplements and vitamins to test their products to assure their effectiveness. A law passed in 1994 limited the FDA’s regulatory authority in that regard, although the agency does have the power to warn consumers if a supplement might be dangerous.

The FTC, on the other hand, has the authority to regulate advertising of any product that is marketed to consumers. The agency’s mandate is to protect consumers from false and deceptive claims.

Product advertising serves two important purposes: it stimulates sales and it provides information that helps consumers choose products. Advertising that is dishonest or misleading might serve the first purpose, but it also encourages consumers to waste money on products that will not meet their needs. Misleading advertising that targets seniors is particularly disturbing, since seniors often live on fixed incomes and cannot always afford to spend money on products that will not serve their needs.

Quincy Bioscience has marketed Prevagen since 2007. According to a press release from the Attorney General of New York, Quincy has engaged in “an extensive national advertising campaign targeted primarily to seniors.” The product label claims that Prevagen supports “healthy brain function,” a “sharper mind,” and “clear thinking.” Similar claims, including the promise of a better memory within 90 days, are made in infomercials and other advertising.

In 2012, the FTC sent Quincy a warning letter, advising the company that it was making medical claims for a product that had not been approved for medical purposes. Quincy insisted that it had evidence to support Prevagen’s health benefits, but the FTC’s recent lawsuit demonstrates that the agency disagrees.

The FTC contends that Quincy’s advertising campaign for Prevagen “featured charts depicting rapid and dramatic improvement in memory for users of the product.” According to the lawsuit, no competent research supports the benefits that are claimed in those charts.

The ingredient in Prevagen that purports to improve memory is apoaequorin, a protein that derives from certain jellyfish. Quincy relies on a study, known as the Madison Memory Study, to support its claim that apoaequorin is safe and effective.

The Madison Memory Study compared cognitive measurements of subjects who took Prevagen and subjects who took a placebo. According to the lawsuit, the study “failed to show a statistically significant improvement in the treatment group over the placebo group on any of the nine computerized cognitive tasks.” The tasks involved remembering and learning.

Quincy Biometrics claims that its study proves the effectiveness of Prevagen. The FTC, however, alleges that Quincy is relying on a few post hoc comparisons of hundreds of study subgroups. That methodology, according to the complaint, would result in some positive correlations between memory improvement and Prevagen ingestion “by chance alone.” Quincy’s press release characterizes the FTC’s position as a simple disagreement “over how to interpret the study results.”

The company has called the FTC a “lame-duck agency,” a reference to the change of presidential administrations. That comment suggests that Quincy is counting on the Trump administration to adopt an anti-regulatory stance, resulting in a reversal of the FTC’s pro-consumer course. Even if the FTC withdraws from the suit, however, the State of New York can continue to press it under New York law. The FTC may have partnered with the state’s Attorney General in bringing the suit for that very reason.

Quincy also complained that there was no reason for the FTC to “rush this complaint through,” the implication being that the FTC should have waited to see whether the incoming administration would have supported it. Yet the FTC has been asking Quincy to change its advertising since 2012. Quincy’s argument that the complaint was “rushed through” is belied by the long-standing nature of the dispute.

According to Quincy, the lawsuit “is another example of government overreach and regulators extinguishing innovation by imposing arbitrary new rules on small businesses like ours.” Quincy probably qualifies as a small business, but with revenues from the sale of Prevagen totaling $165 million between 2007 and mid-2015, it isn’t the corner candy store. Moreover, laws prohibiting false and deceptive advertising are neither new nor arbitrary. In fact, courts have repeatedly upheld legislation regulating advertising against challenges like those advanced by Quincy.

The elderly may be the most likely consumers to be deceived by false marketing claims regarding memory improvement. Jessica Rich, director of the FTC’s Bureau of Consumer Protection, said that the makers of Prevagen “preyed on the fears of older consumers experiencing age-related memory loss.”

Without taking a specific position concerning Prevagen, the Alzheimer’s Association notes that no product has been proven to help memory. The Association expressed concern that the elderly rely on supplements that have not been proven to be safe or effective, and that might have “serious interactions with prescribed medications.”

The outcome of the lawsuit, which seeks reimbursement to consumers who paid for the drug as well as other remedies, will not be known for some time. Until there is clear evidence that Prevagen is a beneficial substance, however, children might want to make certain that their aging parents are not spending money on Prevagen or other supplements or vitamins that might provide little relief from the cognitive deterioration caused by aging.