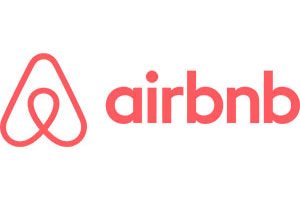 A federal judge in San Francisco has granted Airbnb’s motion to compel arbitration in a racial discrimination case.

As the New York Times reported, Gregory Selden (who is African-American) claimed that an Airbnb host refused to rent to him because of his race.

When he was told that a room was unavailable, he created a second profile using a photograph of a white person and was told that the host would be happy to rent to him.

Last year, as Bloomberg reported, a study published in a working paper from Harvard Business School found that renters with names that sounded African-American had a harder time making Airbnb reservations than did people with “white-sounding” names.

The Harvard researchers created 6,400 fake renter profiles and gave them stereotypically “white” or “black” names. (None of the profiles included pictures.)

Renters with “white” names were accepted as guests 50% of the time, versus 42% for “black” names.

Unhappy renters have reported on their experiences using the hashtag #AirbnbWhileBlack.

An earlier study by the same group at Harvard found that non-black hosts could charge 12% more than black hosts, on average.

Selden’s case was put on hold because the Airbnb renter’s agreement includes an arbitration clause.

(I previously wrote about arbitration clauses and sexual harassment in this blog.)

All of us who have signed up for an online service recently will recall the experience.

After entering the service provider’s website, we were presented with a “sign up” or “create account” button prominently displayed on the screen. Next to the button—less prominent, no doubt—was the ubiquitous advisory that, by signing up, we would be accepting the provider’s “terms of service.” Perhaps there was a separate check-box prompting us to indicate our agreement to those terms. Regardless, eager to begin using the service and realizing that the provider’s contractual terms are non-negotiable, most of us signed up without bothering to click the accompanying link to reveal the contractual terms.

Those who did undoubtedly found numerous pages of legalese. The intrepid few who actually read all the terms almost certainly learned that one of them requires users to relinquish their right to have a jury resolve any dispute with the provider. And that another bars class actions. This experience, shared by countless people each day, gives rise to the dispute presently before the Court.

The court found that Selden was on notice of the terms of service and that he agreed to them by clicking the sign-up box and using the service.

Airbnb has responded to criticism by saying that it has a “zero-tolerance policy” for discrimination on its platform.