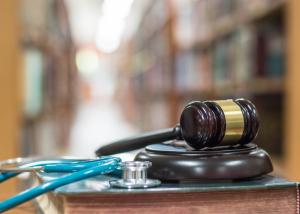 An op-ed in the New York Times suggests that some types of valuable health-related research are being attacked by lawsuits.

The author, a professor of pediatrics at Indiana University School of Medicine, described several situations in which attempts were made to intimidate scientists by those opposed to their research.

The Dangers of Lead

For example, during the 1980s groups opposed to the work of Dr. Herbert Needlman, who studied children exposed to low levels of lead, spearheaded an attack against him.

Doctors had long known that exposure to high doses of lead caused mental lapses, even permanent brain damage and death. But what about the low-level exposure that many children, like the ones playing in the yard, absorbed every day — merely by living in older urban neighborhoods thick with lead paint and industrial contamination?

Dr. Needleman discovered that low-levels of lead could be detected in teeth, and he became a scientific “tooth fairy,” paying children for teeth that fell out.

He also found that

Children whose accumulated exposure to lead was highest in the group scored four points lower on an I.Q. test than youngsters whose exposure was at the lowest end.

Teachers rated the high-exposure children as having a host of classroom issues, including attention deficits and behavior problems.

The lead industry wasn’t happy about the doctor’s findings and set out to discredit him.

Dr. Needleman was instigated by the federal Office for Scientific Integrity and by his own university. Although he was eventually cleared of any wrongdoing, he spent years under a cloud of suspicion and was even locked out of his own filing cabinets.

His research eventually was used in support of stiffer regulations of the use of lead in paint, gasoline, tin cans, plumbing popes, and other products.

In 2013, the US Food and Drug Administration (FDA) published a study showing that nine brands of dietary supplements contained a synthetic analogue of amphetamine, a stimulant called β-methylphenylethylamine (BMPEA),

The FDA noted that the safety and efficacy of this substance had never been tested in humans.

Dr. Pieter Cohen, a professor at Harvard Medical School, replicated parts of the FDA study and published his results in a scientific journal. Two weeks after the publication, the FDA issued an alert to consumers that the substance might be dangerous and told manufacturers to remove it from their products.

One of the companies sued Dr. Cohen for $200 million for libel.

Although Dr. Cohen eventually prevailed, he had to invest significant time in preparing his defense.

Lawsuits on the Rise

Since most cases settle, they’re not reported, so the actual number is likely far higher.

According to the author of the study,

Courts aren’t equipped to referee scientific disputes. And they have an obligation to prevent unscrupulous plaintiffs from abusing the machinery of justice to stifle science.

In a 2005 interview, Dr. Needleman was asked whether the attack on his credibility was meant to scare off other researchers looking into environmental toxins. “If this is what happens to me, what is going to happen to someone who doesn’t have tenure?” he replied.