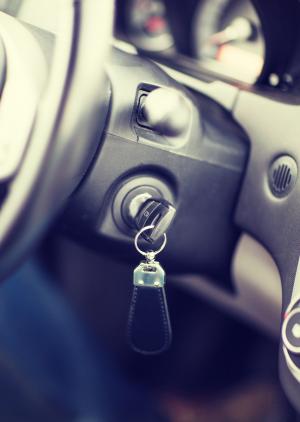 Consumers who purchased certain GM cars with defective ignition switches sued GM. A federal judge recently ruled that under the law of three states in which those suits were commenced, the buyers are not entitled to a remedy because GM eventually replaced the defective switches. That ruling does not affect claims made by victims who were injured in accidents that were caused by the unsafe ignition switches.

By 2005, GM had received several reports of cars losing power when keys in the ignition were bumped, causing the ignition switch to slip out of the run position. Technicians identified the weight of other keys on a key ring as contributing to the problem.

One proposed solution involved redesigning the head of the key. That proposal was cancelled after GM decided it didn’t want to spend the money to make its cars safer. The company that manufactures the ignition switches finally changed the switch design, solving the problem for cars in and after the 2008 model year.

By 2007, GM noticed a relationship between the failure of airbags to deploy in front-end collisions and ignition switches that had slipped out of the “run” position. It was clear to GM by 2012 that the ignition switch defect could cause a failure of airbag deployment, but GM kept that information to itself until 2014. Industry-friendly regulators stalled an investigation until GM notified regulators of the safety issue, long after the issue became known and only after it became clear to GM that a regulatory investigation would uncover the defect.

In 2014, GM finally recalled about 2.6 million vehicles so that defective ignition switches could be replaced. Recalled models included the Chevrolet Cobalt and HHR, the Pontiac G5 and Solstice, and the Saturn Ion and Sky.

The defective ignition switch caused fatal accidents, although GM and consumer advocates dispute the number of deaths associated with the defect. While GM maintained that only 15 people died, Reuters reported that 153 death claims had been submitted to a program that GM created to compensate families of car occupants who were killed in crashes caused by the defective ignition switch. Thousands of injury claims have also been filed.

Federal investigators questioned why GM waited so long to recall the unsafe cars that its marketed. The Justice Department eventually filed criminal charges after determining that GM withheld evidence of the defect from federal regulators.

The Justice Department negotiated a plea bargain that it announced on the same day charges were filed. The deferred prosecution agreement allowed GM to avoid a criminal conviction by paying $900 million and promising to do better in the future.

As a condition of the plea agreement, GM admitted that it lied to the public about the safety of its cars. GM also admitted that it violated a regulation requiring all safety issues to be reported to the industry regulator within 5 days.

Apart from the accident victims who sued GM, consumers who purchased defective vehicles began lawsuits. The suits alleged that the consumers did not get what they paid for — a car with a properly functioning ignition switch.

The cars they purchased obviously had less value than the price the buyers paid. A dangerous car, after all, is worth less than a safe car, all other things being equal.

The suits filed in federal courts have been consolidated before a single federal judge in New York. Damages in cases involving defective products are generally determined by state law, so those damages may depend on the state in which the consumer purchased the defective car.

Judge Jesse Furman recently ruled that consumers in three states — California, Missouri, and Texas — failed to present evidence that the value of their cars diminished because of the defective ignition switches. After the recall, the cars had functional ignition switches, so consumers eventually received the car they thought they were buying.

Judge Furman ruled that the “cost of repair” was the proper measure of damages. Since GM repaired the defect at no cost to consumers, the cost of repair was zero. That cost was therefore less than any potential loss of value the consumers may have suffered.

The plaintiffs’ lawyer contended that the buyers were entitled to a remedy for driving unsafe cars and for GM’s failure to notify them that the cars were unsafe until the belated recall. GM essentially defrauded customers by failing to tell them that they were paying for a safe car while they were actually purchasing an unsafe car.

Judge Furman recognized that his ruling might not be in the best interest of public policy but determined that he was not entitled to base a ruling on his own policy preferences rather than the rule of law. The judge held out the possibility that a different measure of damages might apply to consumers in other states.

Diamond and Silk Threaten to Sue Blogger for Defamation
Oklahoma Judge Holds Johnson & Johnson Responsible for Oklahoma Opioid Crisis
Is There a Constitutional Right to a Survivable Climate?
Changing How Police Officers Are Trained May Change Outcomes of Deadly Force Trials
Can Rideshare Drivers Discriminate Against Disabled Passengers?
Equifax Might Owe You $125 — But There’s a Catch
Is $100K for a Dirty Swimming Pool an Excessive Fine?
Sales of “Full Coverage” Health Insurance Plans Lead to Big Bills & Lawsuits
$14M Judgment Recommended for Victim of Internet Trolling
Sealing Documents in Court Cases Has Social Costs