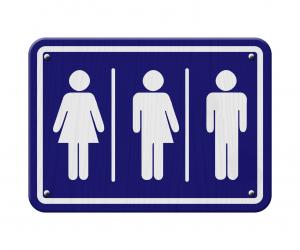 A federal judge in Oregon has ruled that forcing transgender students to use bathrooms and other facilities designated for their birth gender violates their civil rights.

Dallas High School, in Dallas, Oregon, had adopted a “Student Safety Plan” that allowed transgender students to use restrooms, locker rooms, and showers that matched their gender identity.

A group called “Parents for Privacy,” made up of current and former students and their parents, challenged the plan and tried to block the school district from enforcing it.

Basic Rights Oregon (“BRO”), a non-profit organization dedicated to protecting the rights of Oregon’s LGBTQ community, filed a motion to intervene as a defendant in this case.

The plaintiffs claimed, among other things, that the Plan violated students’ right to privacy and the federal Religious Freedom Restoration Act.

The case arose from a request from a single student.

As the court explained, Student A was a 12th-grade student at the school who was born, and remains, biologically female. Before September of 2015, Student A used the girls’ restrooms and other facilities.

In September, Student A publicly identified as a boy and asked to be allowed to use the boys’ facilities.

The Plan was implemented in response to this request.

The school district already had a policy that “prohibits discrimination and harassment on any basis protected by law, including . . . an individual[’]s perceived or actual . . . sex” or “sexual orientation.”

The plaintiffs alleged that other male students experienced “embarrassment, humiliation, anxiety, intimidation, fear, apprehension, and stress produced by using the restroom with students of the opposite sex” when Student A was present.

According to the complaint, the student plaintiffs would “risk tardiness by hurrying to distant facilities of the school, during short 5- minute passing periods, to try and find a restroom not likely to be used by a student of the opposite biological sex.”

However, the judge concluded that

Forcing transgender students to use facilities inconsistent with their gender identity would undoubtedly harm those students and prevent them from equally accessing educational opportunities and resources.

In 2016, North Carolina legislators ignited a nationwide controversy when they passed a law requiring people in publicly owned buildings to use the restroom that corresponded with the gender they were assigned at birth.

The law, which was eventually repealed in March 2017, brought the state heavy criticism from major corporations; the N.C.A.A. said it would stop hosting championship events in the state; and the Justice Department, under President Barack Obama, sued the state, saying the North Carolina law was prohibited by federal civil rights laws.

President Trump has moved to reverse many of the Obama administration’s positions on transgender rights, including rescinding a federal directive that would allow students to use school bathrooms corresponding to their gender identities.