Jail Phone Calls to Lawyers Can Be Used as Evidence 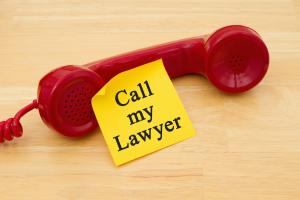 In general, conversations between a lawyer and a client are protected under the “attorney-client privilege.”

Conversations between criminal defendants and their lawyers about their cases are typically protected from disclosure, so long as there is no discussion of a continuing or future crime or fraudulent act. This privacy, known as attorney-client privilege, helps guarantee the Fifth Amendment right against self-incrimination and the Sixth Amendment right to legal counsel.

This means that the client can refuse to disclose — and can prevent any other person (including the lawyer) from disclosing — confidential communications between the client and lawyer.

The US Supreme Court noted in the case of Upjohn Co. v. United States that the privilege is intended to encourage clients to make “full and frank” disclosures to their lawyers, who can then be better able to provide candid advice and effective representation to their clients.

The privilege usually applies when:

There are several exceptions to the privilege, so that it won’t usually apply when:

For example, as Deadline reported,

President Donald Trump’s legal team decided… to waive attorney-client privilege claims on a Michael Cohen/Trump recording that reportedly discusses a payoff to Karen McDougal, a former Playboy model who claimed a long affair with the president in 2006.

Also, the privilege may not apply if the lawyer isn’t acting as a lawyer but is acting as a business advisor or in some other non-legal role.

As CNBC noted, a review of nearly 900,000 files and other items “seized from President Donald Trump’s former lawyer Michael Cohen by the FBI has found that just a tiny fraction should be withheld from federal prosecutors because of attorney-client privilege.”

“For a person who claims to be a lawyer, the minuscule amount of allegedly privileged matter is surprising, and what it tells us is that Cohen wasn’t acting as a lawyer very often,” a former federal prosecutor told Business Insider. ” He was doing something else.”

As the Times notes, some clients may have difficulty holding private communications with their lawyers.

In New Orleans, for example,

all calls made by jail inmates to their lawyer’s cellphone (and to anyone else’s) are recorded and archived in a system that law enforcement officials can access. As a result, if a defendant speaks to his lawyer about evidence against him, or about the sort of plea-bargain offers he would be willing to accept, a prosecutor might be listening in.

Clients and lawyers can meet in person in order to protect their attorney-client privilege, but this may not be practical for public defenders with a heavy workload.

What Happens If You Break an NDA?
Can You Go to Jail for a Bad Debt?
Investment Firm Accused of Being Hostile to Women
How Should Neighbors Resolve Property Disputes?
Walking While Texting Could Get You a Ticket
When are you entitled to disobey a police order?
Why Lawyers Prefer Clueless People on Juries
Commas and the Law
Legal Help for Low-Income Individuals in Civil Cases
The Power of Jury Nullification

Commas and the Law
What are the siblings’ rights after their parent’s death?
How Long Does an OWI Stay on Your Record in Michigan?
Malpractice Law