What Do the Washington Redskins Have in Common with an Asian-American Rock Band? 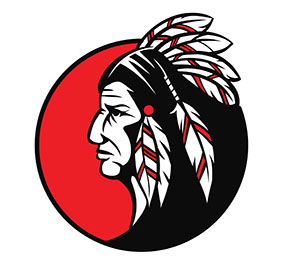 The Washington Redskins are a National Football League Team.

Simon Shiao Tam is the leader of an Asian-American dance rock band.

So what do they have in common?

They’re now linked by an amicus brief that the Redskins filed in Tam’s case now pending with the US Court of Appeals for the Federal Circuit.

The issue before the court is whether it should be legal to register “disparaging” trademarks.

Tam’s band is called “The Slants.” When he tried to register the band’s name as a federal trademark, the applications were rejected.

The examining attorney at the Trademark Office found the proposed mark to be disparaging to people of Asian descent.

Tam asserted that he picked the band’s name and the proposed trademark “in order to ‘own’ the stereotype it represents.”

A Federal Circuit panel upheld the examiner’s rejection of the trademark. However, one judge noted that trademarks are protected speech under the First Amendment:

With their lyrics, performances, and band name, Mr. Tam and The Slants weigh in on cultural and political discussions about race and society that are within the heartland of speech protected by the First Amendment…. While the government may argue that it has an interest in discouraging the use of disparaging marks that may be offensive to persons, institutions, beliefs, or national symbols, this is not a legitimate government interest.

The court voted on its own to rehear the case en banc (i.e., with all the judges), focusing on the question “Does the bar on registration of disparaging marks in 15 U.S.C. §1052(a) violate the First Amendment?”

As reported by the National Law Journal, in June, 2014 the Trademark Trial and Appeal Board ordered the cancellation of six Washington Redskins trademarks on the grounds that they were disparaging to Native Americans.

The team owner claimed that the team’s name was intended to honor Native Americans rather than disparage them.

In January, the US Justice Department announced that it would intervene in the case, defending the constitutionality of the disparagement provision.

blocks and cancels the registration of certain marks, not because they don’t function as marks … but because of the message the Government or others believe they convey. This freewheeling ability to deprive trademark owners of significant benefits because of what they say through their marks strikes at the very heart of the First Amendment values this country holds dear.

If you have questions about free speech, the First Amendment, or trademark law you may wish to consult an attorney in your area.