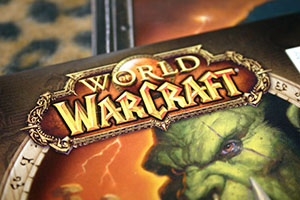 A federal judge in Northern California dismissed a complaint by the makers of World of Warcraft and other games alleging that mobile game developers had copied the games’ characters. Blizzard Entertainment, Inc. and Valve Corporation sued Lilith Games (Shanghai) Co. Ltd. and uCool, Inc. for copyright infringement.

As described by Blizzard,

All of the “Warcraft” games take place in the “Warcraft” universe, which is populated by an enormous variety of distinctive mythical creatures and characters, such as tech-savvy goblins, huge winged demons, bovine humanoids known as “Taurens,” serpentine sea creatures known as “Naga,” giant humanoid panda warriors known as “Pandaren,” tall purple-skinned elves known as “Night Elves,” sentient trees known as “Ancients,” and hundreds of others. Many instances of these creatures are distinctive characters in their own right, with names, distinctive physical appearances, clothing, weapons, traits, abilities, and ongoing stories.

The Ninth Circuit has held that “copyright protection is available only ‘for characters that are especially distinctive.’ To meet this standard, a character must be ‘sufficiently delineated’ and display ‘consistent, widely identifiable traits.’”

To be “distinctive,” said the court, a character must:

The Batmobile as a Character

For example, the Ninth Circuit found that the Batmobile, although an inanimate object, met the requisites to be considered a “character”:

In addition to its status as “a highly-interactive vehicle, equipped with high-tech gadgets and weaponry used to aid Batman in fighting crime,” the Batmobile is almost always bat-like in appearance, with a bat-themed front end, bat wings extending from the top or back of the car, exaggerated fenders, a curved windshield, and bat emblems on the vehicle. This bat-like appearance has been a consistent theme throughout the comic books, television series, and motion picture…

The judge found that:

although Plaintiffs allege that “dozens of characters from [defendant’s] ‘Heroes Charge’ are derived from and substantially similar to Blizzard and Valve’s characters,” they plead no facts demonstrating that any one of the dozens of characters are plausibly copyrightable. …

The judge dismissed the complaint with leave to amend. This means that the plaintiffs will have the chance to revise their complaint to make it more specific about the aspects of the characters that are claimed to be “distinctive.” The case is Blizzard Entm’t, Inc. v. Lilith Games (Shanghai) Co.

Last year, Lilith announced that it was filing suit against uCool, saying that uCool’s game Heroes Charge was essentially a clone of Lilith’s Soul Clash. According to BlizzardWatch,

Lilith Games put in hidden code to protect their game from copyright infringement — tapping a certain area of the screen in Heroes Charge actually brings up a copyright notice from Lilith Games.