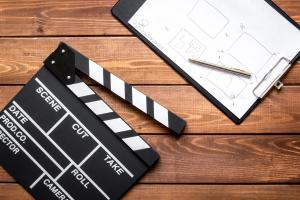 A judge has dismissed a case by a New Jersey actor claiming that Sylvester Stallone, among others, “stole” his idea for the movie Creed.

In Rocky IV, Creed is killed by Russian fighter Ivan Drago and dies in Rocky’s arms.

In the Creed movie released by MGM, the seventh in the Rocky franchise, it’s revealed that Apollo Creed had an affair that resulted in the birth of a son, Adonis Johnson Creed.

In the latest film, Adonis Creed pursues a career as a boxer with Rocky’s help.

Alexander claimed that Stallone was aware of his version of the Creed story because he and his friends tweeted Stallone a link to Alexander’s website.

For example, in 2012 one of Alexander’s friends tweeted:

When Stallone’s Creed movie came out, Alexander sued for theft of his “idea.”

The judge dismissed the case, ruling that the tweets didn’t prove that Stallone or anyone else association with the released Creed film ever visited Alexander’s website.

The defendants had also argued that the case should be dismissed because Alexander’s Creed screenplay and video infringed the copyright in the original Rocky films.

It strains reason that Defendants ‘accepted’ Plaintiff’s offer to enter a contract or understood the conditions under which he tendered the Creed Idea from a unilateral tweet and from Plaintiff disseminating his Creed Idea on the Internet…. The Court will not allow a breach of implied contract claim to proceed on (1) tweets to a popular celebrity social media account which were never responded to; and (2) the fact that Defendants are generally in the same industry as unnamed individuals to whom (Alexander) sent the Screenplay.

The judge also noted that California law generally doesn’t provide a cause of action for theft of an idea.

The writer called writer/director Billy Wilder’s Paramount office and pitched his secretary on the idea, later following up with an outline.

The secretary allegedly told the writer that “if Billy Wilder of Paramount uses the story, ‘naturally we will pay you for it.’ ”