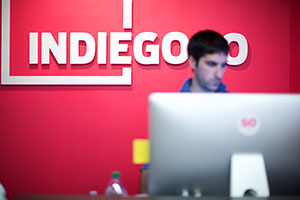 Small businesses are the backbone of the US economy.

According to the Small Business Administration, a US government agency, small businesses (defined as those with fewer than 500 employees) make up 99.7% of US employer firms and 64% of new private-sector jobs.

However, starting a small business is risky. Only about half of all new businesses survive five years or more. Only one third survive 10 years or more. Even those that do survive can take years to turn a profit.

Most small businesses are financed through:

Federal securities laws limit who can invest in startups, and how. A “private placement” (also known as a “non-public offering”) is a sale of stock in a company that’s not listed on one of the major stock exchanges (such as the New York Stock Exchange).

Private stock sales happen on a weekly basis. They offer high rewards — but also high risks. For that reason, securities laws have traditionally limited investments in private placements to those who can afford to lose a lot of money. These people are called “accredited investors.”

Up until recently, according to the New York Times,

To be considered an “accredited investor” by the Securities and Exchange Commission, a person either has to have a net worth of $1 million or an annual income in excess of $200,000 ($300,000 for couples) over the last two years.

The minimum investment allowed to get into a private placement was $250,000. But that changed in 2016.

As reported by the Times,

new rules will permit anyone, not just the moneyed, to risk $2,000 a year or more investing in small companies in exchange for a stake in the business. Companies can raise up to $1 million a year this way.

The new rules benefit small businesses as well as investors, by making it easier for them to raise money.

Small companies trying to raise less than $500,000, and most companies seeking funding for the first time, will only need to present unaudited financial statements to potential investors (rather than audited ones).

In November, Indiegogo, which claims to be the world’s largest crowdfunding site, gave entrepreneurs the chance to offer investors equity in their companies.

According to the Times, Indiegogo is the first major crowdfunding site to take advantage of the new securities rules.

“In a lot of ways, this levels the playing field,” said David Mandelbrot, Indiegogo’s chief executive. “This was one of the few areas of the law where citizens were treated differently based on the amount of wealth that they have.”

Investors can gamble relatively small amounts of money. About one third of the investments on Wefunder, another private placement funding site, are $100 — the site’s minimum. 76% of the site’s investments are $500 and less.

The investments may be small, but they’re still risky. Unlike an investment in a publicly traded stock, which may go up and down in value but can generally be sold at any time — stakes in companies acquired via private placement may be “illiquid” — buyers may be unable to cash out for years … if ever. And of course there’s no guarantee that investors will get back what they put in.

For small businesses, there’s also a risk in using the new crowd-based funding options:  it costs about $7000 in fees, and a site will also take a fee of 7% of any amounts raised — with no guarantee that a startup will ever recoup its initial costs.

But for those who can afford to take risks, the new laws and funding platforms offer new opportunities for small businesses and small investors.

Will a Young Lawyer Take Down Amazon?
Is It Illegal for Job Ads to Target Younger Workers?
US Justice Department Sues to Block AT&T-Time Merger
Why Companies Like to Go Bankrupt in Richmond, Virginia
Federal Court Orders Winn-Dixie to Make Its Website Accessible to Visually Impaired Customers
Companies Open Data Centers Abroad to Comply with Cybersecurity Rules
Google Fined a Record $2.7 Billion in Europe
Court Says Customers Can Sue For Data Breaches
Can Merchants Be Punished For Calling Higher Prices For Credit Card Purchases A “Surcharge”?
Don’t Ignore the American Disability Act When Designing a Site for Your Business