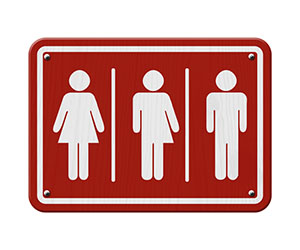 Facing economic and political pressure, Republican lawmakers in North Carolina have agreed to a compromise to peel back provisions of HB2, the state’s controversial “Bathroom Bill” which has become a focal point for the discussion of transgender rights across the country. After months of protest, economic losses, and intense debate regarding the future of HB2, the latest development is an effort to appease both Republicans and Democrats, however, both sides have expressed displeasure with this new direction which suggests that a future battle over LGBT rights looms large in North Carolina.

In March of 2016, North Carolina Republicans, supported by then Gov. Pat McCrory, passed HB2 in a direct response to an ordinance passed by Charlotte, which expanded anti-discrimination protections to cover transgender individuals, punctuated by a provision which allowed them to use a public restroom matching the gender they identified with. Within months of Charlotte’s ordinance, state Republicans and Gov. McCrory quickly put in motion a piece of legislation which would not only override the bathroom choice portion of Charlotte’s law, but also prevent other cities in the state from enacting future ordinances which provided transgender individuals with protection from any form of discrimination.

Although the public focus on HB2 zeroed in on its direct language prohibiting transgender individuals from using the bathroom matching their gender identity, the law’s broad prohibition on the expansion of any transgender rights drew the ire of civil rights groups and LGBT communities who have vehemently protested the bill since its passage nearly one year ago. Opposition to the bill expanded beyond legislative debate and community protest, and the state has lost several millions — if not billions — of dollars in potential revenue from companies, entertainers, and sports leagues which have pulled planned expansions, shows, and tournaments from North Carolina cities in response to the state’s reluctance to recognize LGBT equality.

After several hours of intense debate, and with protestors from both sides surrounding the state capital, North Carolina legislators hammered out an agreement to substantially alter HB2 in an effort to keep both sides of the political aisle satisfied and take the state out of the national spotlight. The result of the negotiations is HB142, a one paragraph long provision which repeals restrictions on bathroom choice and reduces the permanent moratorium on cities enacting anti-discrimination ordinances to three years. Under HB142, no public institution — including government buildings and school boards — may regulate access to multiple occupancy restrooms unless the General Assembly specifically allows it in future legislation, which specifically repeals the bathroom choice restrictions that became a focal point for national debate.

Republican legislatures would not agree to a full repeal, however, and insisted that as part of the compromised reduction of HB2 no city in the state could expand anti-discrimination policies which regulated employment practices or public accommodation until December 1, 2020. This means that barring a state-wide anti-discrimination measure, members of the LGBT community are not protected from discrimination by employers and other officials in the public sector. While it is unclear if the newly enacted bill will satisfy the NCAA — or any other large organization willing to put money into North Carolina — the immediate response from both sides of the aisle suggests there is still a great deal of unrest regarding LGBT issues in the state.

Republicans against the newly minted HB142 have taken their Democratic counterparts and newly elected Gov. Roy Cooper — whose 2016 electoral win was driven in part by voter dissatisfaction with HB2 — to task for bending the knee to threats by the NCAA and other institutions who directed state policy by threatening economic loss. According to the North Carolina GOP and their supporters, provisions like HB2 are necessary to ensure public safety and social order.

Democrats and civil rights groups criticized the measure as an insufficient compromise which allows the most restrictive provisions of HB2 — those which prohibit the expansion of LGBT anti-discrimination protections — to remain in place for the next three years. For his part, Gov. Cooper (D) told supporters that the new bill is not perfect, but hailed it as a step in the right direction to take North Carolina out of the national spotlight for anti-LGBT policies. The governor is expected to sign HB142 into law, but given the persistent unrest it is doubtful that the compromised repeal of HB2 will put an end to the debate.

Update: The NCAA announced that it has “reluctantly” decided to allow championship events to be held in North Carolina after determining that the compromise “has minimally achieved a situation where we believe NCAA championships may be conducted in a nondiscriminatory environment.” The NCAA reserved the right to “take necessary action” if it is frustrated in the enforcement of its own anti-discrimination policies by the environment in North Carolina.