Kentucky clerk Kim Davis has found herself in custody for her continued refusal to issue marriage licenses in open protest of the Supreme Court’s decision that same-sex couples have a fundamental right to marry. Although Davis has been given multiple opportunities to comply with the law, she has chosen to take a stand against legalized gay marriage and will remain in federal custody and face criminal prosecution for contempt of court. 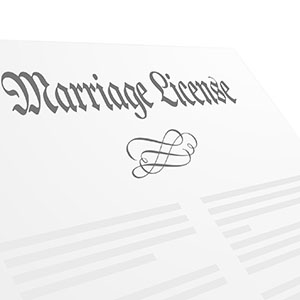 Kim Davis gained national attention this week by refusing to follow a court order to issue marriage licenses to same-sex couples. Since the onset of legalized gay marriage in America, Davis, an elected clerk in Kentucky’s Rowan County, has argued that her religious freedoms are constitutionally violated by forcing her to officially sanctify marriages which offend her beliefs. Citing the higher authority granted to her by her Apostolic Christian faith Davis flatly refused to issue marriage licenses to same-sex couples in open defiance of the Supreme Court’s decision in Obergefell v Hodges, resulting in her being sued by gay couples seeking a court order compelling her to perform her duties.

When Davis’s religious liberties argument failed to convince a federal court, she was ordered by injunction to issue marriage licenses to any legal couple – including the same-sex unions that she believed violated her faith. Davis was unmoved by her loss in federal court and continued to refuse marriage licenses on the grounds doing so violated her religious freedoms, causing a considerable scene at the Rowan County Courthouse earlier this week. Crowds from both sides of the issue gathered to articulate their opinions while Davis was called into the federal courtroom of U.S. District Judge David L. Bunning to stand accused of contempt of court.

After three days of public debate and spectacle, Judge Bunning brought Davis before him to offer her the opportunity to allow her to “purge her contempt” by having one of the clerks that works for her sign the marriage certificates in her place. Davis remained defiant, telling the judge that “she does not grant her authority nor would allow any employee to issue those licenses.” Judge Bunning responded by having Davis jailed for contempt charges because of her continued refusal to comply with a federal order demanding she issue the marriage licenses.

Kim Davis’s defiance and subsequent imprisonment has set off a national debate about whether or not public officials are entitled to place their personal religious beliefs over the duties of their office. In sentencing her to jail, Judge Bunning spoke directly to that issue, saying, “The idea of natural law superceding this court’s authority would be a dangerous precedent indeed.” Given the judge’s order, Davis could remain in jail indefinitely until she either corrects her contempt or the situation is otherwise resolved by the Kentucky legislature which is not scheduled to meet again until next year. Benning said he will revisit her case in a week.

Davis has remained a resolute and willing martyr over the last several weeks, but her defiance will be tested as she and her supporters attempt to appeal the decision to a higher federal judge. Unfortunately for Davis, the court issuing the order compelling her to sign marriage licenses and Judge Benning stand on strong legal ground, and her argument that her religious liberties should trump her duty as a public service is unlikely to carry weight in any federal court.

After Kim Davis’s defiance of a federal court order landed her in jail for contempt, five of her deputy clerks have agreed to issue marriage licenses to all couples in Rowan County, including same-sex unions. The agreement comes as relief to officials who feared that Davis’s actions would set off a church vs state standoff that would spread to other counties of Kentucky and require legislative action to quell. While Davis will remain in jail until she capitulates to the court’s order or resigns her position, gay couples apparently will be allowed to legalize their unions.

While the procedural concerns raised by Kim Davis’s actions seem to have been remedied, her case has gained significant national attention with some Christian and Conservative groups lauding her courage for standing up for what she believes. Others, including Judge Benning, have been unmoved by Davis’s stance and held firm to the argument that public officials are compelled to follow their duty even if it conflicts with personal beliefs.