When Can Passengers Be Bumped from a Flight – and What Can They Do About It? 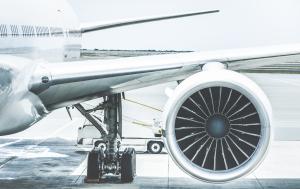 United Airlines has experienced severe public relations turbulence in recent weeks. First, the airline triggered a storm of tweets and social media posts from members of the public who were outraged by reports that United refused to board two teenagers and a ten-year-old because they were wearing leggings.

United later explained that its “no leggings” dress code applies only to United Airlines employees or to their friends or family who fly for free or at a discount. Yet editorials derided the policy as sexist (since leggings are popular attire for females who travel, particularly at age 10), senseless (after all, who knows whether the ten-year-old sitting next to you is using a “buddy pass”), and “out of touch with fashion trends,” while satirists lampooned United by inventing their own silly dress codes.

United should probably have learned from that incident that responding to poor publicity by copping an attitude — its initial response, that it had “the right to refuse passengers who are not properly clothed” sounded a lot like “we make the rules, you follow them” — isn’t the best way to persuade flyers to buy tickets.

Unfortunately for United, its stock prices tumbled when it again professed to have done nothing wrong after YouTube videos showing a “noncompliant” passenger being dragged out of an airplane after he refused to be bumped. Physically abusing senior citizens (the passenger was a 69-year-old physician) isn’t behavior a company should excuse if it wants consumers to “fly the friendly skies.”

As frequent fliers understand, when an airline overbooks, it usually makes an announcement and asks for volunteers who want to change flights. Of course, the airline knows in advance that it has overbooked and, if it can’t get enough volunteers, it simply refuses to board passengers after all the seats have been filled. Unless it miscounts the number of passengers it has boarded, it has no reason to force passengers to leave who are already on the plane, much less those who have taken an assigned seat.

That the “bumping” was done for the convenience of United didn’t help the airline’s public relations fiasco. Nor did it help that soon after the misleading tweet, United’s CEO issued a statement saying “I apologize for having to re-accommodate these customers.” He didn’t apologize that police officers, acting in response to United’s request, terrified other passengers and physically injured the senior citizen they dragged from the plane. In fact, United tried to blame the man for refusing to surrender the seat for which he had paid.

In response to its public relations disaster, United announced a new policy. In the future, airline crew who need to take a flight must check in an hour before the flight departs. Crew members who cannot arrive an hour early will need to wait for the next available flight if the plane is fully booked.

The new policy also provides that a ticketed passenger, once seated, will not be asked to leave the plane. That’s a policy that most passengers probably assumed airlines had always followed.

Other airlines also announced policy changes, including the following:

Perhaps to compete with Delta while engaging in further damage control, United also announced that it would increase its compensation limit to $10,000.

Airline passengers have long been unhappy that they can be involuntarily bumped from a flight after purchasing a ticket. After all, if you don’t get what you paid for, isn’t that a breach of contract?

The answer is no, because the fine print in the contract (which passengers never sign and rarely read) allows the airline to overbook flights and to bump passengers. As a result, hundreds of thousands of passengers are bumped every year. Most of them volunteer to take another flight in exchange for compensation, but more than 40,000 passengers last year were forced to take a different flight. American and Southwest were the worst offenders.

Airlines claim they need to overbook because sometimes a passenger who purchases a refundable ticket will not show up for a flight, and the airline doesn’t want to fly with empty seats. Airlines could solve that problem by choosing not to sell refundable tickets or by charging a penalty when refunds are made, but they choose instead to pass along the risk caused by “no-shows” by inconveniencing ticketed passengers who show up for their flights.

Federal regulations require airlines to ask for volunteers before denying boarding to passengers. If all airlines follow the trend of increasing their compensation limits, the money offered to volunteers may be sufficient to reduce the likelihood that passengers who do not volunteer will be denied boarding.

Passengers who are denied boarding involuntarily are entitled to rebooking and to on-the-spot compensation if they are rebooked on a flight that will delay their arrival by more than an hour. The amount of compensation is generally a multiple of the cost of a one-way ticket to the destination, subject to maximum payments.

The regulations require compensation to be paid in cash or by check. Airlines that only offer vouchers for future travel to passengers who are denied boarding (as sometimes happens) are breaking the law. Passengers are also entitled to use their original ticket on another flight.

Forewarned is forearmed. Vouchers usually expire after a year and may contain travel restrictions that render them worthless. If you are involuntarily bumped and an airline offers you a voucher, demand cash.

Note that the rules are different if a passenger is denied boarding (or if a flight is delayed) for reasons other than overbooking. In some cases, airlines that don’t have a full flight have substituted a smaller plane that won’t accommodate all the ticketed passengers. In that situation, they claim the right to deny boarding without offering compensation.

Will the Law Be Changed?

Politicians who apparently just noticed that overbooking places a burden on passengers have suggested the need for a congressional investigation. Viral videos will do that. Even politicians who hate the thought of regulating businesses feel the need to respond to outraged consumers who might vote against them if they refuse to notice problems.

Still, after the buzz caused by the video dissipates, so will the renewed pressure to do anything about a long-standing problem. The airline industry aggressively lobbies Congress and the White House. In 2014, the industry spent more than $26 million on lobbyists and contributed more than $3.6 million to candidates running for election. Given the role that money plays in politics, consumer rights are unlikely to be improved any time soon.