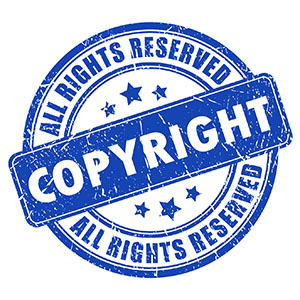 The US Copyright Office (which is part of the Library of Congress) recently adopted new guidelines on types of activities that won’t be considered illegal under US copyright law.

The relevant part of the copyright law is called the Digital Millennium Copyright Act (“DMCA”). The DMCA, which became effective in 1998, launched the most recent major change in US copyright law. Among other things, the DMCA prohibits “circumvention of technological measures that control access to copyrighted works.”

The anti-circumvention measures are applied to prevent piracy of intellectual property, and have also been used to control, for example, which regions of the world DVDs can be played in.

The Librarian of Congress is authorized to grant exemptions to the prohibitions against circumvention when it’s shown that “access-control technology has had a substantial adverse effect on the ability of people to make non-infringing uses of copyrighted works.” The exemption rules are revised every three years.

Until now, modifying the firmware in videogames has been considered illegal. Ars Technica reported back in 2009 on a 27-year-old “modder” who was arrested after being indicted on two charges of violating the DMCA and faced five years in prison on each count.

As noted by the Library of Congress,

Many modern video games—which may be played on a personal computer or a dedicated gaming console—require a network connection to a remote server operated by the game’s developer to enable core functionalities. Before some games can be played at all, including in single-player mode, the game must connect to an “authentication server” to verify that the game is a legitimate copy. Other games require a connection to a “matchmaking server” to enable users to play the game with other people over the internet in multiplayer mode. In the case of a game that relies on an authentication server, the game may be rendered entirely unplayable if the server connection is lost.

Gamasutra noted that the DMCA (as previously applied) could

prevent people from playing legally purchased copies of a game when servers are no longer supported. For instance, Madden ‘09’s servers were deactivated just 18 months after its release, and over 150 games were taken offline in 2014 alone. Circumventing [the] authentication requirements was not allowed by the DMCA.

seeking an exemption [to the DMCA] to enable those who have lawfully acquired copies of video games to access and play those games when authentication or matchmaking servers have been permanently taken offline. As the record developed, it became evident that the proposal focused on two types of use: (1) people who wish to continue to play physical or downloaded copies of video games they have lawfully acquired (referred to in the Recommendation as “gamers”); and (2) those who seek to preserve individual video games and make them available for research and study (referred to in the Recommendation as “preservationists”).

The Library has proposed an exemption to the DMCA to allow circumvention:

on lawfully acquired video games consisting of communication with a developer-operated server for the purpose of either authentication or to enable multiplayer matchmaking, where developer support for those server communications has ended.

This exception would not apply to video games whose audiovisual content is primarily stored on the developer’s server, such as massive multiplayer online role-playing games.

According to the Electronic Frontier Foundation Volkswagen’s programming of its vehicles to disguise how much pollution they generated was concealed via the anti-circumvention provisions of the DMCA.

In response to urging by the EFF and others, the Librarian adopted an exemption for “Computer programs that are contained in and control the functioning of a motorized land vehicle.”

In addition to allowing better insight by auto industry watchdogs, this exemption will also allow car owners to perform their own car hacks.