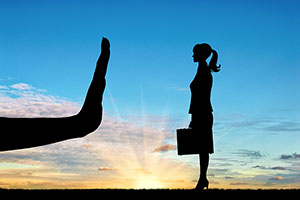 A former financial advisor with Citigroup is suing the company, accusing it of favoring men over women, treating her as a “glorified secretary, “ and firing her in retaliation for her whistleblowing activity.

Erin Daly graduated from University of Rhode Island in 2005 and worked as a financial advisor with Citigroup from 2007 to 2014.  According to Daly, she was not recognized for performing well for the company. Instead, Citigroup took away many of her responsibilities and even forced her to apologize in writing for requesting equal treatment.

Daly claims that Citigroup would sometimes route “hot deals” to her male counterpart, advancing his career at her expense. For example, he was given the Alibaba Group Holding Ltd.’s $25 billion initial public offering in 2014.

Daly filed suit in U.S. Federal District Court in New York. Daly claims that she was let go from her position less than two weeks after she complained that her manager demanded that she provide inside information from her work on restricted stock offerings, so that he could pass the information on to favored clients.

Daly says that she filed a similar complaint with the United States Equal Employment Opportunity Commission and that she plans to add federal discrimination claims to her complaint.

According to Daly’s suit, “Citi’s ‘boys’ club’ policies and practices” reflect a “culture of gender discrimination… The boys were in charge. The men were doing business. Erin was just a glorified secretary.”

Citigroup spokeswoman Danielle Romero-Apsilos stated, “We believe the claims alleged are without merit and intend to vigorously defend against them.”

This lawsuit is one of many recent lawsuits that accuse U.S. banks of favoring male employees over their female counterparts and permitting inappropriate conduct.

In 2010, six women sued Citigroup, alleging a “boy’s club” mentality that denied women equality in pay, assignments and promotions. That suit alleged that five of the six women were laid off in the November 2008 banking crisis while “in most circumstances Citigroup retained less qualified male employees.” The sixth woman complained that she was demoted after returning from maternity leave and that she was subjected to comments that she considered offensive to women.

The lawsuit pointed to the fact that Citigroup’s Senior Leadership consisted of 39 men to five women and that all 18 members of the Executive Committee are men. The complaint stated, “Given this disparity in the most senior level positions, it is not surprising to find that the ‘boys club’ filters down through the management ranks to affect all senior and junior level professional positions.”

In September, Bank of America Corp. settled a similar gender discrimination suit where its former co-head of global structured products, Megan Messina, claimed that the bank was running a “bro’s club.” The terms of Messina’s settlement were not disclosed, but she had been reportedly offered $500,000 to settle previously, according to court documents.