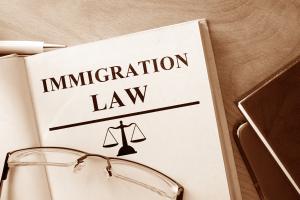 A federal judge in San Francisco has temporarily blocked an executive order from President Trump designed to reduce federal funding to so-called “sanctuary cities” for refusing to help the government apprehend and deport undocumented immigrants.

According to the judge, Trump’s order, which is designed to force sanctuary cities to comply with the president’s tough stance on immigration, violates constitutional principles of separation of powers and federalism which prevent the executive branch from unilaterally making funding decisions for cities.

In the early days of Trump’s presidency, he issued an executive order designed to cut federal funding to sanctuary cities which refused to provide the federal government with records of undocumented immigrants. The President issued the order as part of his crackdown on undocumented immigrants, and, although it was overshadowed nationally by another order targeting immigration from predominantly Muslim countries, the sanctuary city order drew strong criticism by both political parties for its aggressive use of executive power.

In late January, San Francisco became the first city to challenge the order in federal court, arguing that it is an unconstitutional violation of the separation of powers doctrine and federalism.

According to Dennis Herrera, the City Attorney of San Francisco, President Trump overstepped his authority by attempting to direct local policy with federal funding decisions. Herrera criticized President Trump’s action by telling reporters, “You can’t put a gun to the head of localities to get them to comply at the federal level,” and informed the public that his lawsuit sought injunctive relief designed to prevent the President from enforcing his sanctuary city order.

Herrera’s argument focused on two primary points: first, that the Constitution specifically grants funding power to Congress and not to the President; and second, that the order violates the Tenth Amendment, which reserves all powers not specifically delegated to the federal government as powers of the state. The Tenth Amendment has been used by courts to reject federal efforts to commandeer city or state policy with tactics such as restricting commerce or reducing funding. Taken together, the arguments against Trump’s order against sanctuary cities allege that the President overstepped his authority by using financial inducement to shape local policy consistent with a federal approach to immigration.

Judge William Orrick ruled against Trump’s sanctuary city order by finding that it violated both Constitutional federalism and separation of powers. According to Orrick, the order cut against federalism because, while Congress has authority to encourage state policy by use of its funding power, the federal government cannot impose ambiguous conditions that affect money already accepted, or use financial inducement to coerce behavior that is not connected to the federally funded program’s purpose.

In the case of the Trump executive order, the president was both vague in describing how the conditions of federal funds were connected to immigration enforcement and in attempting to impose retroactive conditions on funds that have already been distributed to the city.

With regard to the separation of powers argument, Judge Orrick ruled that the president is not granted discretion in allocating funds because that power falls exclusively under the purview of Congress. Since Congress did not condition receipt of federal funds by sanctuary cities on compliance with federal immigration policy, Trump could not impose the restrictions by way of executive order.

Judge Orrick concluded that Trump’s order constitutes unconstitutional commandeering because not only was it vague, but it overstepped executive authority to control local policy with impermissible restrictions and conditions on the receipt of federal funding.

Resistance against Trump Sanctuary City Order is a Bipartisan Effort

Interestingly enough, the resistance movement against Trump’s use of an executive order to force local policy to comply with his immigration initiative was driven by staunch liberals using traditionally conservative arguments. Conservatives have argued for years that federal power should be restricted under principals of Constitutional federalism, while liberals, particularly when Obama was in office, have recently been more accommodating of expansive use of federal authority.

Trump’s continued effort to push strict immigration policy by use of unilateral executive orders, however, has brought together opponents from both sides of the political aisle who resist either the process or the intended outcome.

While a mutual dislike of the use of executive orders is not likely to bridge deep partisan divides, the ongoing case against the president’s effort to expand his authority may influence how both sides approach executive orders in the future.

Judge Orrick’s ruling on Trump’s order is a temporary ban which precludes enforcement until a final, more substantive, ruling can be made, but given the length to which the judge went to explain his decision, the final outcome is easy to predict. Although the president will likely appeal either this temporary stay or a final ruling on the merits of the order, it seems unlikely that he will win, given how far his order against sanctuary cities seems to overstep its authority.