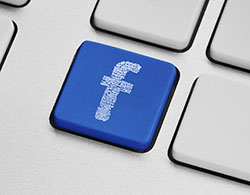 Facebook has been sued for racial discrimination for allegedly not responding to complaints of harassment filed by two black employees over a period of three years.

The plaintiffs are Robert Baron Duffy, a former employee, and Robert Louis Gary, a current employee. Duffy and Gary make multiple claims of the ways that they were discriminated against while they were working for Facebook. Duffy and Gary allege that a facility manager at Facebook, Wayne Hawkins, used racial slurs when he referred to black employees and made fun of another black worker’s allergy to bananas.

Duffy, who claims that he was the only African-American manager at Facebook’s North Carolina data center, left the company in October. Duffy says that he left the company because he was stripped of all of his duties and because of the systemic racial discrimination that he faced.

Gary, who is currently a maintenance worker at Facebook’s North Carolina data center, claims that he has been paid lower wages and received smaller raises than similarly positioned white co-workers.

Duffy and Gary both claim that they informed Facebook’s Human Resources departments about the discrimination that they suffered. While they admit that Facebook did conduct several investigations based upon their complaints, they assert that these investigations failed to adequately address their concerns.

The lawsuit was filed in U.S. District Court for the Northern District of California. The suit brings claims under Section 1981 of the Civil Rights Act and seeks more than $25,000 in compensatory and punitive damages per plaintiff. According to the suit, Facebook allowed “retaliation against the employees reporting discrimination to fester and continue.”

The suit claims that Hawkins, a former manager at the Facebook facility, called Gary “a lazy nigger who wants everything handed to him.”

Attorney Sonya Smallets of the San Francisco-based firm Minnis & Smallets is representing the plaintiffs. According to Smallets, “Facebook didn’t respond properly to alleged discrimination at the North Carolina facility, which the plaintiffs say took place over a three-year period.” Smallets also stated, “It’s important that these things not happen and it’s important that management take it seriously and address them when they do.”

Facebook has responded that these “claims are without merit.” Facebook claims to have “investigated and taken quick action to terminate (the manager’s) employment and provided extensive anti-bias, anti-harassment and anti-discrimination training to all data center employees nationwide. … Additionally, we’ve continued to monitor the work environment at [the North Carolina facility], and all US data centers, to ensure that improper behavior … is not repeated.”

A Facebook spokesperson also released a statement to Fortune.com saying that the company was prepared to mount a “vigorous defense.” He noted that “As soon as we were made aware of [the supervisor’s] behavior, we investigated and took quick action to terminate his employment and provided extensive anti-bias, anti-harassment, and anti-discrimination training to all data center employees. … We’re an equal opportunity employer and do not tolerate discrimination, harassment, or retaliation at Facebook.”

Will You Be Judged by a Jury of Your Peers?
Former Linebacker Sues NFL And Houston Texans For Injury At NRG Field
Missouri $72M Talcum Verdict Reversed on Appeal
Safeway Cover-Up Leads to $1M Punitive Damages for Slip-and-Fall Injury