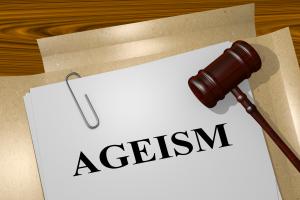 The Age Discrimination in Employment Act (ADEA) makes it unlawful to discriminate against job applicants who have reached or passed the age of 40. The same law prohibits advertising for job applicants that expresses a preference or limitation based on age. Unless age is a legitimate occupational qualification, it cannot lawfully be the basis for employment decisions.

Employers are circumventing the ADEA by using social media to seek job applicants. Advertising on many social media sites, including Facebook, can be targeted to a particular demographic. An employer who wants to hire younger workers in Seattle can pay for an ad that will only be seen by Facebook subscribers in Seattle who are (for example) between the ages of 21 and 34.

A Pro Publica investigation, undertaken jointly with the New York Times, recently found that dozens of major employers, including Verizon and Target, are targeting online employment ads to a younger demographic. The practice is blatantly discriminatory but difficult to uncover, since the demographics selected by the company purchasing the advertising are not always made public.

The ADEA is necessary because businesses often value youth over experience. They may hope to get 30 years of service by hiring a 35-year-old worker, while avoiding a 55-year-old job applicant who might retire in 10 years. Hiring younger workers might therefore reduce employee turnover and save the expense of training new hires. Of course, the 35-year-old might find a better job after 5 years, so anticipated cost savings may be illusory.

More importantly, age-based hiring decisions are often driven by unfortunate stereotypes. Some businesses view older workers as inflexible and resistant to new ideas. They expect younger employees to be energetic and fear that older workers will not be as alert as the day nears its end. They assume older workers will be unfamiliar with current technology. The ADEA requires employers to evaluate employees and job applicants as individuals, not as stereotypes.

While the ADEA is in many respects the weakest of the employment laws that protect employees from discrimination, it will be increasingly important in the coming years as America continues to age. Americans who are 65 or older make up 15% of the country’s population, but their share of the population will rise to 24% by 2060. The number of Americans over the age of 65 who are employed has increased by 64% over the last ten years, and surveys show that 74% of Americans now expect to work beyond their 65th birthday.

The Pro Publica/New York Times investigation discovered that dozens of large employers, including Verizon, Goldman Sachs, Target, UPS, State Farm, and even Facebook, have placed job recruitment ads that targeted a young audience. Verizon, for example, instructed Facebook to display its recruitment ads to users between the ages of 25 and 36. The investigation determined that Google and LinkedIn also allow businesses to exclude website users over the age of 40 when they place job recruitment ads.

Remarkably, Facebook defended the practice, saying: “Used responsibly, age-based targeting for employment purposes is an accepted industry practice and for good reason: it helps employers recruit and people of all ages find work.” That Orwellian justification is at odds with reality. Used irresponsibly, in the way that Facebook facilitates, age-based targeting for employment purposes helps employers recruit younger workers while excluding older workers from the universe of job applicants.

The ADEA does not expressly prohibit businesses from targeting younger job applicants on social media (probably because social media did not exist when the ADEA was passed), but the ADEA does make it “unlawful for an employer . . . to print or publish, or cause to be printed or published, any notice or advertisement relating to employment . . . indicating any preference, limitation, specification, or discrimination, based on age.”

In addition, the ADEA makes it unlawful to refuse to hire individuals because of their age, or to “deprive any individual of employment opportunities” because of age. Reading those provisions together, it is fair to conclude that limiting job advertising to younger workers violates the spirit, and probably the letter, of the ADEA.

If recruiting young workers through targeted advertising is unlawful, it is unclear whether any remedy exists. Employers like Verizon may be violating the ADEA, but it is difficult for older workers to demonstrate that they would have applied for a job with Verizon, and would have been hired in the absence of discrimination, if Verizon’s Facebook ads had not been limited to a younger demographic. A class action lawsuit was recently filed against T-Mobile, Amazon, and other employers alleging unlawful targeting, but it is not clear that the class will be certified, a necessary condition if the lawsuit is to proceed.

Facebook, on the other hand, might not have violated the ADEA. The law makes it unlawful for employers to discriminate on the basis of age but does not directly address social media providers that facilitate discrimination by employers. In fact, another federal law that protects website owners from liability for content posted by third parties arguably shields social media.

Some states that prohibit employment discrimination also make it a crime to aid and abet discrimination, but whether any state would have the will to prosecute a corporate giant like Facebook is unclear. Facebook has also been criticized for letting advertisers target by race, a practice that has been used, for example, to prevent black homebuyers or renters from seeing ads for available housing.

While microtargeting is undoubtedly helpful to advertisers, targeting employment ads to younger workers is unhelpful to society. Excluding older workers from the job market contributes to poverty in a growing segment of the workforce. Discriminating against older workers also deprives the economy of the skills and experience that employees who are in or approaching their senior years are able to offer.

The deficiencies in the ADEA would be easy to fix. Social media providers resist regulation, but is difficult to believe that they would be harmed by a law that prohibits them from offering employers the opportunity to engage in unlawful advertising by targeting job recruitment ads on the basis of age (or, for that matter, race and gender). As a matter of policy, companies that enable employers to discriminate are just as bad as employers that discriminate. Closing that loophole would be a sign of progress for older Americans in need of jobs.