Do Sperm Donors Have Legal Rights? 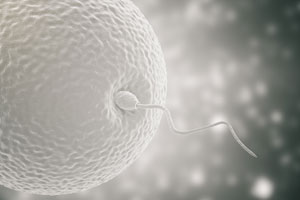 Women who want to give birth sometimes decide to conceive with the help of a sperm donor. In many of those cases, the mother does not want the donor to have a parental relationship with the child. In some cases, however, sperm donors have asserted that they fathered the child and should therefore have the same rights as fathers who impregnate the mother naturally.

As nontraditional families become more common, vexing questions about parental rights are challenging courts. On the one hand, men who donate sperm, whether anonymously or as a favor to a friend, may want to be shielded from child support payments if they have no relationship with the child. On the other hand, lesbian couples who want to raise a child may object to the sperm donor’s desire to form a parental bond with the child. How should courts respond?

The United States Constitution prohibits states from discriminating against fathers on the basis of wedlock, so a father who was not married to the mother when a child was conceived generally has the same parental rights as a father who was married and subsequently divorced. The cases that established that principle, however, deal with natural conception, not with artificial insemination.

How courts view a sperm donor is determined by state law. An early version of a uniform law, adopted by 18 states, provided that the husband of a married woman who was artificially inseminated would be regarded as the child’s legal father, even if he was not the biological father — provided that the husband consented in writing to the insemination and that it was performed by a doctor.

That law only prevents sperm donors from asserting parental rights when they provide sperm to a doctor who inseminates a married woman. If sperm is donated for the insemination of an unmarried woman, or if the donor provides sperm directly to the woman rather than her physician, the sperm donor might be entitled to assert parental rights and might be held responsible for child support. Only an anonymous donation of sperm could avoid those results, and then only because anonymity make it difficult to identify the biological father.

As nontraditional families became more common, it became clear that better laws were needed. A more recent attempt to craft a uniform law provided that no sperm donor would be subject to a paternity finding, whether or not the woman who accepted the sperm was married or a doctor was involved in the insemination process, provided the mother conceived through “assisted reproduction.” A later version of the law also provided that the mother’s unmarried male partner could be recognized as the child’s legal father if the partner consented to the insemination and agreed to assume parental responsibility.

Uniform laws only yield uniform results in the states that adopt them. Some states still have the first uniform law. Some have adopted the second. Some adopted one or the other but changed the law’s wording. Some created their own law governing paternity of children conceived with donated sperm. And about a quarter of the states have not adopted any sperm donor law, leaving it to courts to decide whether and when a sperm donor is a child’s legal father.

The Court of Appeals of Texas recently decided a case in which a lesbian who desired to conceive a child asked a friend if he would donate his sperm for that purpose. According to the court decision, the friend wanted children but did not think he would ever marry. The man collected his sperm in a syringe that the woman provided. The woman used the syringe to inseminate herself.

The biological father accompanied the mother to several of her medical appointments. He was present when the baby was born. He signed a paternity declaration and his name was placed on the birth certificate as the child’s father. The father saw the child a few times soon after the birth, but could not contact the mother after she lost her phone. When he visited the home, nobody answered the door. The mother then married her girlfriend.

The case went to trial. Both parties agreed that they did not enter into a written contract. The father testified that they agreed he would be involved in the child’s life and would care for the baby on his days off. The mother said their agreement was only that he would donate sperm and they would remain friends.

The Court of Appeals rejected the mother’s claim that the biological father had no parental rights because he was merely a sperm donor. The court concluded that the sperm was not provided to a licensed physician and that the father therefore did not meet the Texas definition of a sperm donor. The court agreed that the biological father was entitled to be identified as the baby’s father. The court also decided that it was in the child’s best interest to have a relationship with her father. The court granted the father visitation rights and ordered him to pay child support.

The outcome of the Texas case may have been different if the mother had been inseminated by a physician using the donor’s sperm. A written contract spelling out the respective obligations of father and mother might also have made a difference. Since the law governing nontraditional families is still evolving, however, there is often uncertainty in cases involving sperm donors.

Sperm donors and women who plan to conceive a child by assisted means should obtain legal advice. Court decisions in one state do not bind the courts in a different state. Even in the same state, different facts may lead to different outcomes. Given the changing nature of laws governing children conceived with the sperm of donor who is not married to the mother, getting legal advice before conception may prevent disputes from erupting after a child is born.