Louisiana is set to become the first state to classify assaulting public safety officials such as police and firefighters as a hate crime.  The state’s “Blue Lives Matter” legislation will be signed into law later this week, and has created controversy between supporters who welcome additional protections for police officers and objectors who argue offering more protection to police detracts from concerns about racial and ethnic profiling. 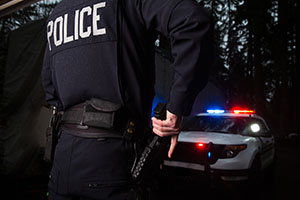 Hate crime legislation is used throughout the United States to elevate the punishment for crimes committed against protected classes of individuals, usually based on race, religion, gender, or disability.  Hate crime laws exist in 45 states in America, and are designed to discourage minority communities from being targets of crimes motivated by discrimination or hatred.  Some states include sexual orientation as a protected class, and a majority of states allow victims of hate crimes to pursue civil causes of action seeking financial damages against perpetrators of hate crimes.

Hate crimes have largely focused on protecting groups who have little to no control over their class, but Louisiana is poised to become the first state to use hate crime legislation to protect men and women who choose to work in public safety positions.  The Blue Lives Matter Bill, which has largely been enacted to protect police officers, will create enhanced penalties against any defendant convicted of assaulting a public safety official, including police, fire, and EMT professionals.

The Blue Lives Matter bill comes with a controversial history as its supporters pushed the legislation through in direct response to social backlash against police violence that has accompanied the Black Lives Matter movement.  Opponents of the bill argue that it further insulates police from criticism and scrutiny, which impedes progress towards the goal of reducing racism and excessive violence in police practices.

The Louisiana Blue Lives Matter legislation was passed with strong bi-partisan support, and hardly faced opposition in either the state’s House or Senate.  The House passed the bill 91 to 0 and the Senate approved it with a vote of 33 to 3 to send the bill to Governor John Bel Edwards (D), who is the son of a sheriff and vocal supporter of the law.  Proponents argue that the recent backlash against police caused by political activism has resulted in animosity and violent attacks against officers of the law, giving rise to the need for legislation designed to protect them from harm.  By elevating attacks against public safety officials to a hate crime, the Louisiana legislature hopes to curb targeted violence aimed at police officers and other first responders.

Louisiana Rep. Lance Harris (R) authored HB 953, and he and his allies used recent high profile attacks of police officers in New York City, where two officers were murdered in an ambush, and Florida, where a firefighter was wounded in a drive by shooting, to earn the necessary support to pass the law.  Although the number of police officers fatally shot continues to decline, police officers have reported greater tension in the communities they serve due to increased social awareness about police use of force.  In a sign that HB 953 will soon become law, Governor Edwards, who comes from a family of law enforcement officials, said of the legislation, “The members of the law enforcement community deserve these protections, and I look forward to signing this bill into law.”

Once passed, the Blue Lives Matter law will make any crime against a public safety official a hate crime which carries a maximum of a $5,000 fine and five-year prison sentence for felonies and a $500 fine and six month imprisonment for misdemeanors.  While the bill did not face substantial opposition in Louisiana’s legislative body, some activist groups expressed their dissatisfaction of HB 953 in statements to the press.

The Louisiana Blue Lives Matter bill may have passed without opposition, but critics have released statements to the media which argue the bill may counter any positive effects that social movements such as Black Lives Matter have had on reducing police violence.  Opponents argue that HB 953 would not only cheapen the purpose of hate crimes – which are designed to reduce prejudice against minority communities – but will paint police officers in a sympathetic light and insulate them from legitimate criticism of their use of force.

The bill’s direct response to a widespread social movement calling for increased scrutiny on policy tactics has raised concerns among minority communities that the gains of the Black Lives Matter movement could be lost, and with protections for police already written in to Louisiana law, critics argue that the political effect of HB 953 outweighs its actual effect.  Whether HB 953 is able to reduce violence against police officers or is instead used as a political tool to counter calls for police oversight remains to be seen, but it is certain that Louisiana’s Blue Lives Matter legislation will spark interest in similar laws in other jurisdictions across the country.