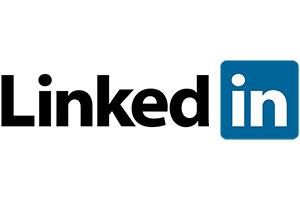 Many employment agreements (and other agreements) include a non-solicitation clause.

In the employment context, this type of clause usually says that, for a period of years after leaving the company, the former employee will not “solicit” people and companies like other employers, contractors, clients, prospective clients, and vendors.

The point of such clauses is to protect the company against unfair competition from a former employee using inside information to “steal” business.

Non-solicit clauses are commonly enforced by the courts, because (unlike non-compete clauses), they don’t prevent former employees from earning a living.

What Does It Mean to “Solicit”?

As I wrote about previously, a Minnesota court found that posts on LinkedIn can violate a non-solicit clause in an employment agreement.

In the Minnesota case, a former employee went to work for a competing company and made posts like the following one on her LinkedIn page:

However, an Illinois appellate court recently found that LinkedIn activity did NOT constitute solicitation in breach of an employment agreement.

During the term of this Contract and for 24 months thereafter, within the territory regularly serviced by the Manager’s branch sales office, the Manager shall not, personally or through the efforts of others, induce or attempt to induce: (a) any agent, branch sales manager, field vice president, employee, consultant, or other similar representative of the Company to curtail, resign, or sever a relationship with the company; …

After leaving the company and going to work for a competing company, the manager sent LinkedIn requests to connect to three company employees.

Once they accepted these invitation, the employees clicked on the manager’s LinkedIn profile and saw that his new company had open positions.

The manager sought to have the case dismissed, arguing that asking to connect wasn’t a “solicitation” within the meaning of the contract.

He pointed out that his emails were simply generic LinkedIn connection requests, with no mention of the available positions.

The trial court agreed with the manager, and the company appealed.

The appeals court noted that a few other courts had considered whether the use of LinkedIn was a solicitation.

For example, in a Connecticut case, a webpage designer updated his LinkedIn account to reflect a new job when he joined a competitor. He also made a LinkedIn post encouraging his connections to “check out” a website he designed for his new company.

However, in other cases certain uses of LinkedIn were found to violate a non-solicit.

In the Banker’s case, the court found that the generic invitation to connect weren’t solicitations prohibited by the contract.

As these cases show, former employees need to be careful about how they use social media when they go to work for a competitor, but not all uses of social media will violate a non-solicit clause.