Could You Go to Jail for “Borrowing” an HBO Password?

As I blogged about last year, a federal appeals court ruled that using someone else’s password to log into a computer network was a crime under the Computer Fraud and Abuse Act (“CFAA”).

That case, United States v. Nosal, involved David Nosal, a former high-level regional director at the executive search firm Korn/Ferry.  Nosal continued to use the login credentials of his former executive assistant in order to get into the company’s database.

Nosal was convicted under the CFAA and sentenced to a year and a day in prison and ordered to pay close to a million dollars in restitution to Korn/Ferry.

In another 2016 case, Facebook v. Power Ventures, Facebook filed a lawsuit against a data aggregator that logged into user accounts even after the company received a cease-and-desist letter prohibiting this.

As the New York Times reports, password sharing is common outside the world of corporate espionage.

The Times noted that if you’re like many Game of Thrones viewers, “you can watch it thanks to the login credentials tracing back to your friend’s ex-boyfriend’s parents.”

A Reuters/Ipsos poll found that 12% of consumers of streaming video had used someone else’s password to gain access.  The figure was 21% for viewers age 18 to 24. 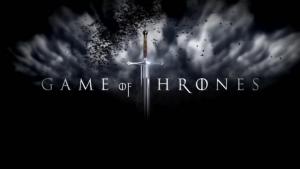 Game of Thrones is the most pirated show of all time, according to Mashable.  One survey showed that about 5% of viewers in the US — about 10 million people — stream the show using illegal means.

This piracy deprives show creators of a fair return for their efforts.  It’s simply stealing.

As Mashable notes, there are many ways to watch Game of Thrones legally and for a reasonable price:

For relatively small monthly fees (around $15 per month), viewers without an HBO subscription through their cable provider can access the show via HBO Now, Amazon Prime Video, PlayStation Vue, and Sling TV. And, as of July (just in time for the Game of Thrones premiere), Hulu began offering HBO as an a la carte option as well.

A SWAT Team in Your Living Room?

If you do use a borrowed password, do you have to worry about FBI agents swarming into your living room to haul you off to federal prison?

Probably not, says the Times:

You are in very little danger of legal trouble by sharing your password or using a shared one. The laws remain murky, but the government is unlikely to prosecute you, and the streaming video services have shown no desire to go after customers.

Reed Hastings, the CEO of Netflix, said that

Can You Patent a Pot Plant?
Can You Be Sued by Graffiti Artists for Painting Over Their Work?
Federal Circuit Says Apple Can’t Protect Look of iPhone
"Spinal Tap" Lawsuit Shines a Light on "Hollywood Accounting"