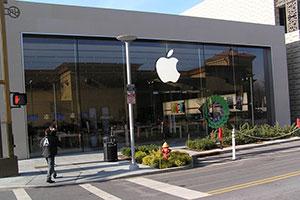 Apple is facing more than five dozen lawsuits, including class action complaints, after it deliberately slowed the speed of older iPhones without notifying owners in advance. Apple contends that it had legitimate reasons to slow the phones, while consumers who brought the lawsuits suspect that Apple was trying to trick them into purchasing new phones.

The lawsuits were recently consolidated in the Northern District of California pursuant to a multi-district litigation order. If the class actions are certified, thousands of iPhone owners would participate in a likely settlement.

Apple acknowledges that it released a “feature” for its iPhone 6, iPhone 6s, iPhone SE, and iPhone 7 that slowed the operation of the phones. According to Apple, the lithium-ion batteries in those phones don’t age well. As the batteries get old, they don’t function optimally (particularly in cold weather conditions) and “can result in the device unexpectedly shutting down to protect its electronic components.”

A sensible way to address that problem would have been to tell iPhone owners that their batteries won’t work as well when they get old, a bit of news that few consumers would find shocking. Consumers who don’t want their phone to shut down would probably opt to buy a new battery for $79.

Instead, Apple decided to resolve the problem with an operating system update that was designed to slow the phone’s CPU clock speed. Throttling of speed is proportional to the battery’s functionality, so phones get slower as batteries become less capable of handling peak current demands.

Apple’s solution may prevent iPhones from shutting down unexpectedly, but the trade-off is a slower phone. Whether or not that trade-off is reasonable, customers are unhappy that they weren’t told about the nature of the update before Apple installed it.

The controversy could easily have been avoided by giving owners the option of installing or rejecting the new “feature.” At the very least, Apple might have told owners that installing the operating system upgrade might cause their phone’s performance to deteriorate. Apple’s failure to disclose that information to iPhone owners underlies the lawsuits.

Operating Systems and the Question of Consent

The initial lawsuits against Apple claimed that Apple interfered with their possession of their iPhones by slowing the devices without their consent. Those claims raise interesting questions about control of operating systems.

Consumers who purchase computers that are running Windows are familiar with Microsoft’s rather aggressive and sometimes annoying efforts to update Windows whether the consumer likes it or not. Microsoft claims that the updates are for your own good (a claim that is more likely to be true for security updates than for feature updates), but it has become increasingly difficult over the years for computer owners to decide for themselves whether they want a Windows update.

Courts may well decide that the iPhone operating system belongs to Apple and that Apple can change it without seeking the consent of the iPhone’s owner for each change it makes. But surely there are some changes that Apple cannot make, regardless of its license terms. For example, simply deactivating the operating system to force consumers to buy a new phone might be a change that would trouble even the most pro-business judge.

Apple may have contributed to allegations of fraud by implementing the software change without notifying consumers. The effect of the update on processor speed was only revealed after a company that developed an iPhone performance measuring app “identified blips in processing speed and concluded that a software change had to be behind them.” Whether or not the batteries are defective, Apple created the impression that it was hiding a defect by failing to be upfront about the software update when it was released.

Consumers are also contending that Apple deliberately slowed their old phones (and failed to tell them that the problem could be resolved with a replacement battery) to induce them to purchase new iPhones. Given that a new iPhone can cost $1,000 and that consumers are holding onto their old iPhones longer, slowing old phones as a business strategy might have been tempting to Apple executives. Proving that they acted with fraudulent intent may be difficult, but success could expose Apple to the threat of an enormous punitive damages award.

Like nearly all class action lawsuits, the current wave of litigation against Apple will probably end in a settlement if Apple cannot defeat the lawsuits with summary judgment motions. Facing a mild consumer uprising and an investigation of alleged securities law violations for failing to disclose the nature of its software updates to investors, Apple has already reduced the cost of replacement batteries. It may find that settling the lawsuits before they generate more adverse publicity — and agreeing to be more transparent about future software updates — will be the wise business move.