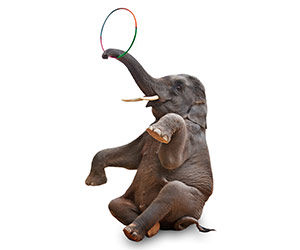 Feld Entertainment, Inc., the producer of Ringling Bros. and Barnum & Bailey Circus, has accepted a $9.3 million legal settlement from the American Society for the Prevention of Cruelty to Animals (ASPCA).  The settlement is a partial resolution of two federal court cases in which Feld sued ASPCA and a number of other defendants for conspiracy and malicious prosecution after it became apparent that the animal rights groups had paid a plaintiff to fabricate allegations of animal abuse against Ringling Bros and Barnum & Bailey.

History of The Case

ASPCA, the Animal Welfare Institute, the Fund for Animals, and former Ringling Bros. employee Tom Rider filed a lawsuit against Feld Entertainment in 2000 alleging that Mr. Rider was injured because of Ringling Bros.’ mistreatment of elephants.  After dismissal, reinstatement, and various other delays, the case against Feld was not decided until late 2009, when a District Court found no evidence of elephant abuse and dismissed the case against the circus company.

In dismissing the case, the court found that Mr. Rider was “essentially a paid plaintiff and fact witness who is not credible, and therefore affords no weight to his testimony regarding the … allegations related to his standing to sue.”  The court concluded that Mr. Rider had, in fact, received at least $190,000 from animal rights interest groups, including ASPCA. In laymen’s terms, the court found that the animal rights groups had paid a plaintiff to lie about elephant abuse.

Following this ruling, Feld Entertainment filed suit against ASPCA, the other various animal rights activist groups involved in the case, for conspiracy in violation of RICO laws and malicious prosecution.  This week’s settlement closes the case against ASPCA, and Feld continues to pursue legal action against the remaining animal rights defendants and their attorneys.

Feld, which maintains that the company does not mistreat its performing elephants, pursued legal action under malicious prosecution based on the attempt to portray the Ringling Bros. and Barnum & Bailey Circus as cruel.  Malicious prosecution is a legal cause of action that is available when a party intentionally, and maliciously, brings a cause of action without probable cause that is dismissed in favor of the victim of the prosecution.  In this case, there is evidence that ASPCA and its fellow animal rights groups intentionally filed a lawsuit without cause, and paid their primary witness to lie about events that did not occur.

With multiple parties involved, Feld was able to charge each with conspiracy under both Federal RICO laws and Virginia conspiracy laws.  RICO legislation, passed to target organized crime, make it possible for a victim of a conspiracy to pursue all parties who contributed to or agreed to the plan.  Under RICO, all parties can be held liable for all illegal acts, and the parties remaining after ASPCA’s settlement can still be held fully accountable as the lawsuit continues.

When settling with Feld, the ASPCA is able to remove itself from the case without admitting guilt or providing evidence that condemns its alleged fellow conspirators.  Such a large settlement may indicate that ASPCA was the driving force behind the malicious prosecution, however, the case is not yet closed.  Whatever the ultimate resolution, the animal rights activists have learned an expensive lesson about the cost of manufacturing evidence to further a cause.