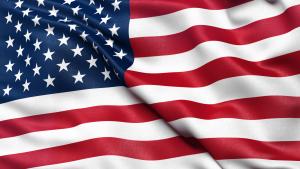 Coming as they did in the days before an election, it is fair to believe that the promises were intended to energize certain voters and will quietly recede into history in the coming months. Even outgoing Republican House Speaker Paul Ryan understands that neither legislation nor an executive order can change the Constitution’s guarantee of birthright citizenship.

Who Is Subject to US Jurisdiction?

The only plausible arguments that birthright citizenship can be ended legislatively are based on the qualifier in the Fourteenth Amendment, “and subject to the jurisdiction thereof.” One argument might be that children born to noncitizens who have been lawfully admitted to the United States are entitled to birthright citizenship (their parents having agreed to be “subject to the jurisdiction” of the United States by accepting a visa), but that children of immigrants who entered the country unlawfully are not subject to the country’s jurisdiction.

That argument is difficult to make because federal and state authorities routinely arrest and prosecute noncitizens who entered the country unlawfully. Those arrests can only be made because mere presence in the country subjects nearly everyone who lacks diplomatic immunity to the laws of the United States. Anyone who can be prosecuted in a nation’s courts is by definition subject to the nation’s jurisdiction.

Another argument might be that Congress has the authority to determine jurisdiction, and can enact a law that removes children born to noncitizens from the jurisdiction of the United States. Congress plainly has the authority to bestow citizenship. Legislation allows noncitizens to be nationalized and confers citizenship upon children born to American citizens abroad. But conferring citizenship by legislation is not the same as taking away citizenship that is conferred as a constitutional right.

While the Supreme Court held in Dred Scott that slaves are not citizens — a vile holding that the Fourteenth Amendment overturned — the Court recognized that it was “well understood in this country at the time of the adoption of the Constitution” that United States citizenship is acquired by birth in the United States. The phrase “and subject to the jurisdiction thereof” in the Fourteenth Amendment was not intended to change that understanding.

Rather, the meaning of the birthright citizenship clause has been settled for more than a century. In United States v. Wong Kim Ark (1898), the Supreme Court considered the plight of a man who was born in San Francisco to Chinese parents. The man made a short visit to China and, upon his return, was denied entry to the United States on the ground that he was not a citizen.

The Supreme Court concluded that the man had birthright citizenship. The Court noted that the phrase “and subject to the jurisdiction thereof” was “not intended to impose any new restrictions upon citizenship, or to prevent any persons from becoming citizens by the fact of birth within the United States who would thereby have become citizens according to the law existing before its adoption.”

Rather, the phrase carved out three narrow exceptions to birthright citizenship that were recognized when the Fourteenth Amendment was adopted: members of Indian tribes (who were subsequently given birthright citizenship by legislation); children born to prisoners of war (“alien enemies in hostile occupation”); and children born to diplomatic representatives of a foreign nation (who, by virtue of diplomatic immunity, are not subject to the nation’s jurisdiction).

The Purpose of the Fourteenth Amendment

Since birthright citizenship is enshrined in the Constitution, and since it was well-established when the Fourteenth Amendment was adopted that birth on American soil confers American citizenship by legislation or executive order. Whether or not the president’s proposals are intended to be more than political rhetoric, neither proposal can successfully transgress a firmly established constitutional principle.