Aretha Franklin Was Paid Nothing for “Respect” on the Radio 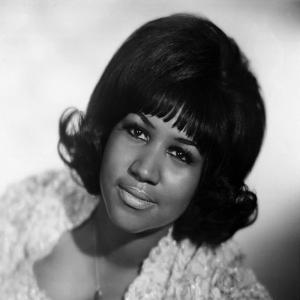 Aretha Franklin, known as the “Queen of Soul” passed away in August at the age of 76.

Her first number one hit, and perhaps the song she’s best known for, was “Respect.”

The song streamed on Apple Music more than half a million times on the day her death was announced.

Licensing revenues of “Respect,” from radio, television, and streaming, are estimated to be about $500,000 just over the past five years.

However, as the New York Times notes, “for the roughly seven million times the song has been played on American radio stations, [Franklin] was paid nothing.”

“Respect” was written by Otis Redding (also known for hits like “(Sittin’ On) The Dock of the Bay“).

According to the Times, Redding originally “sang it as a man’s demand for recognition from his wife.”

Franklin’s version became a feminist and civil rights anthem. Her arrangement added the song’s signature line: “R-E-S-P-E-C-T / Find out what it means to me.”

According to music scholar Peter Guralnick, Franklin transformed the song

Under US copyright law, radio stations pay royalties only to the writers and publishers of songs — not the those who perform them.

Efforts to change the law have been going on for decades, with the failure to pay Franklin for her “Respect” performance often cited as an example of why the current law is unfair.

Since copyright law was amended in the 1990s, performing artists may collect royalties from internet and satellite radio broadcasts. However, songs recorded before copyright law previously changed in 1972 aren’t included.

As the US Copyright Office notes,

A 2014 bill to change that was named the Respect Act in honor of the song, which Ms. Franklin recorded in 1967. A lobbying campaign was titled “It’s a Matter of R-E-S-P-E-C-T,” with Ms. Franklin’s approval. And a current bill in Congress, the Music Modernization Act, would force digital radio services to pay royalties for songs recorded before 1972.

Franklin did benefit from sales of recordings of the songs and from concert performances of it.

Redding’s estate supports changing the law about pre-1972 recordings to benefit the performers.

Jeff Jampol, the manager of the estate, told the Times:

The record business has a long history of treating artists like chattel slavery.  We’ve grown out of those dark ages a bit, but when it comes to actually paying them fairly, that is the last needle to move.

New Copyright Rule Is Good News for Filmmakers
Tinder and Bumble Spat about Who Owns the Swipe
Friday the 13th Writer Gets Rights Back from Producer
Court Says Artists Cannot Get Royalties on Resales
Uber and Waymo Settle Trade Secret Dispute
Is Your T-Shirt Protected by the First Amendment?
Court Rules That Bawdy "Grinch" Play Is Fair Use
Could You Go to Jail for “Borrowing” an HBO Password?
Court Says Open Source Licenses Can Be Enforced
"Spinal Tap" Lawsuit Shines a Light on "Hollywood Accounting"

Laws on Appropriate Use of Force to Protect Private Property
What are the siblings’ rights after their parent’s death?
Pardon vs. Commutation: What’s the difference?
Friday the 13th Writer Gets Rights Back from Producer