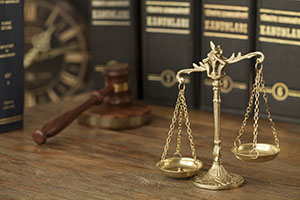 America’s Test Kitchen owners filed a lawsuit against editor-publisher and TV personality Christopher Kimball for “ripping off” the Boston-based TV and radio show for his new brand, Milk Street.

The complaint alleges that Kimball stole America’s Test Kitchen assets to create a competing venture that similarly includes television, radio, and online presences and are both based in the greater Boston area.

America’s Test Kitchen’s chief creative officer, Jack Bishop, explained that the fact that Kimball started Milk Street is “more complex than a former employee going out and starting a new business” because Kimball is still considered one of America’s Test Kitchen’s owners. Bishop further commented that, “No one is really happy we’re here. Let me start with that. I’m not the only one who has known Chris and worked with Chris for a long time, but we are here because of Chris’s actions.”

America’s Test Kitchen is seeking damages for Kimball’s breach of fiduciary duties and from his co-defendants for aiding and abetting him. America’s Test Kitchen seeks the return of a portion of Kimball, Baldino, Gordon and Broide’s salaries for building Milk Street on America’s Test Kitchen’s time. The lawsuit also seeks “all profits Kimball and CPK Media derived from the theft and misappropriation of ATK’s confidential information, trade secrets and business opportunities.”

Kimball and his co-defendants are represented by the law firm Holland & Knight. An attorney from that firm, Scott Lashway, declined to comment on the pending lawsuit. However, in a recent interview with The Washington Post, Kimball explained that he decided to create a new magazine to reflect the change in his cooking over the past few years, shifting from a Northern European meat-centric cooking to looking at new ways to create flavors. Kimball also explained that he likes a start-up atmosphere; preferring a 25 to 30 person company to running a company with hundreds of people.