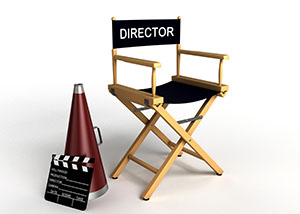 According to the American Civil Liberties Union (ACLU),

A large body of statistical evidence reveals dramatic disparities in the hiring of women directors in film and television; women are effectively excluded from directing big-budget studio films and seriously under-represented in television directing.

The ACLU claims that women are systematically excluded from directing as a result of:

The ACLU reported that, allegedly as a result of this discrimination,

The ACLU says this “glaring absence” of women directors is “highly indicative of systemic employment discrimination.” The ACLU is thus asking the Equal Employment Opportunity Commission (EEOC) and other agencies to launch an investigation of Hollywood’s employment practices, focusing on major Hollywood studios, television networks, and talent agencies.

Federal law makes it unlawful for an employer to

fail or refuse to hire or to discharge any individual, or otherwise to discriminate against any individual with respect to his compensation, terms, conditions, or privileges of employment, because of such individual’s race, color, religion, sex, or national origin…

The ACLU said that past enforcement measures to prevent employment discrimination by Hollywood eventually failed.

Melissa Goodman, director of the L.G.B.T., Gender and Reproductive Justice Project at the A.C.L.U. of Southern California, said in the New York Times:

Women directors aren’t working on an even playing field and aren’t getting a fair opportunity to succeed. Gender discrimination is illegal. And, really, Hollywood doesn’t get this free pass when it comes to civil rights and gender discrimination.

Some saw race and/or gender bias in the snubbing by the Academy of Motion Picture Arts and Sciences of Selma director Ava DuVernay. The film was nominated for best picture but not best director.

In the 87 year history of the Oscars, only one woman has won the best director award – Kathryn Bigelow, for The Hurt Locker, in 2010.

Have you been a victim of employment discrimination?

If you feel that you’ve been a victim of employment discrimination, you may wish to contact an employment law or civil rights attorney in your area.