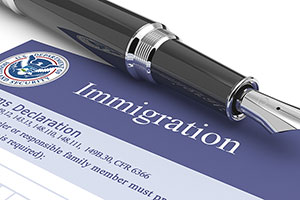 The 9th Circuit federal Court of Appeals issued the first significant ruling on a President Trump policy last week when it reaffirmed a temporary restraining order issued by a trial court against the president’s executive order banning travel from seven Muslim-majority nations. The 9th Circuit ruling does not issue a final statement on the legality of Trump’s so-called “Muslim Ban,” but does prevent the president’s order from being implemented. The president and his supporters have denounced the ruling and promised to appeal, suggesting that the final decision on the legality of the immigration order will come from the Supreme Court.

Washington v Trump made its way to the 9th Circuit Court of Appeals after the states of Washington and Minnesota were granted a Temporary Restraining Order (TRO) against President Trump’s January 27th Executive Order, “Protecting the Nation from Foreign Terrorist Entry Into the United States.” The President’s order cited past acts of terrorism and “deteriorating conditions in certain countries” as a justification for suspending travel for 90 days from seven countries: Iraq, Iran, Libya, Somalia, Sudan, Syria, and Yemen, and suspending indefinitely the entry of all Syrian refugees. Washington and Minnesota filed a lawsuit challenging the constitutionality of the order, and on February 3rd a lower federal court granted a TRO suspending the executive order by ruling that it inflicted a substantial and ongoing harm to citizens of those states, specifically ones who attended or taught at public universities who may be impacted by the travel ban.

The Government appealed the TRO to the 9th Circuit Court of Appeals, advancing several arguments against the lower court action. First, the Trump administration claimed that the judiciary does not have the constitutional authority to review or suspend executive orders which address immigration or national security because those two arenas are squarely under the purview of the executive or legislative branch. The Court rejected this argument by pointing out, “federal courts routinely review the constitutionality of — and even invalidate — actions taken by the executive to promote national security, and have done so even in times of conflict.” While the judges acknowledge the judiciary owes deference to the president on these matters, the Court retained the long-established right of the judicial branch to check executive orders

President Trump also argued that the executive order is constitutionally justified because the federal government had a compelling interest to limit travel in a response to potential terrorist threats. However, the 9th Circuit panel was left unconvinced by the Government’s evidence that the order was necessary to prevent future acts against the United States. The judges demanded more of the Government then assurances that the order would protect America from vaguely defined instances of terrorism, and rejected arguments from White House attorneys which posited that the president’s assurances were sufficient to justify the order.

The 9th Circuit’s decision to uphold the TRO on President Trump’s Muslim Ban sets the stage for a higher review, potentially at the Supreme Court level. Although the 9th Circuit opinion did not decide the fundamental constitutionality of the order, the judges did suggest that the executive order could be found illegal because of its focus on a particular religious and ethnic group. The judges pointed to statements made by President Trump during and after his campaign which suggest that the current administration has a potentially hostile view of foreign-born Muslims, but did not decry the order as unconstitutional on its face.  Instead, the Court upheld the TRO preventing the Government from executing the order and set the stage for a more substantive review of its legality.

Implications of the 9th Circuit Ruling

Although the clearest implication of the 9th Circuit’s decision is how it will impact President Trump’s Muslim Ban, the ruling carries meaning for the manner in which federal courts treat the President going forward. The 9th Circuit’s request for more substantial evidence from President Trump to support his executive orders is a significant aspect of the ruling that could set the tone for future interactions between the executive and the judiciary. Trump has at times been openly hostile to federal judges through statements made in speeches and on his Twitter account, and a federal ruling against him could define his future relationship with the judicial branch.